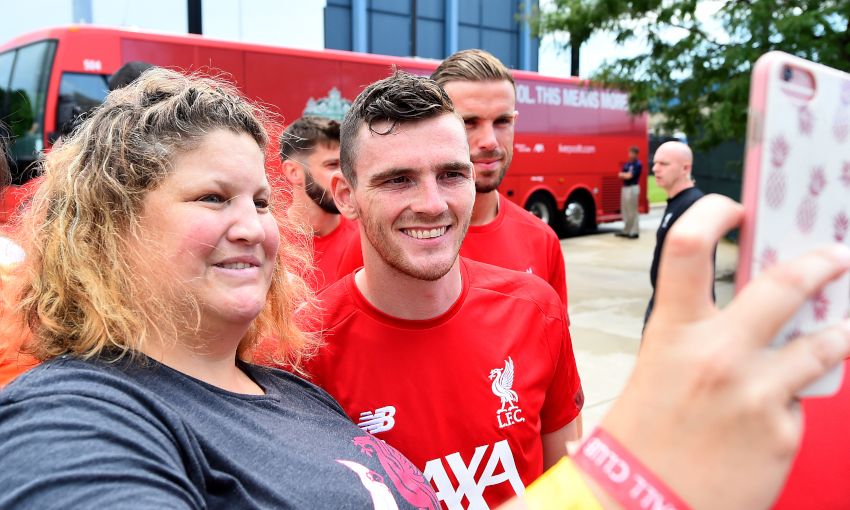 Liverpool 2-2 Sporting CP: How it unfolded at Yankee Stadium

Two years that have included two Champions League final appearances, the second won just last month at Estadio Metropolitano to cement a place in Reds history for the Scot and his teammates.

Two years of hard work and development by a player whose connection to the fans and the city equals his footballing talent.

Two years that Robertson has cherished.

R O B B O 🙌 A look back at five (of many) reasons why we've come to love @andrewrobertso5 over the past two years.… https://t.co/UNYbtqOwaA

“There has been a lot happening in a relatively short period of time but I’ve loved every minute of it,” he told Liverpoolfc.com as he reflected on the milestone during the pre-season tour of the United States.

“Of course at the start it was a lot tougher, there was still a big learning curve for me at the time to realise the standard I had to get up to and how much I had to improve to play at this level. Luckily, I feel I made that step and I’ve kicked on from there.

“But I still feel I can improve a lot more and that’s what I aim to do season to season. Last season was a big season for me because there was a bit more expectation on me at the start because of the six months I had previously; I feel I managed to deal with that.

“This season there’ll probably be even more. I just look to add to it, keep putting in good performances and keep contributing to the team, like the manager and coaching staff want me to do.”

It’s easy to overlook how things did not immediately go to plan for the affable No.26 who is now a champion of Europe. 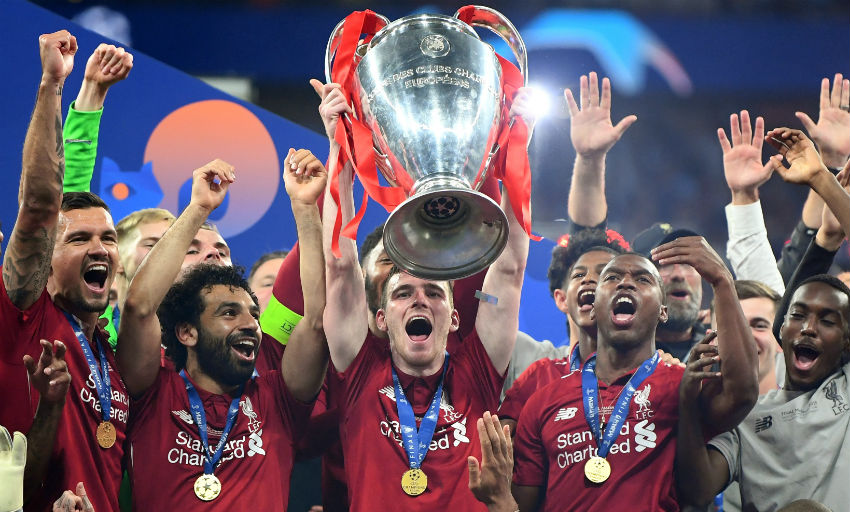 Signed from Hull City while the Liverpool squad was out in Hong Kong in July 2017, Robertson’s assimilation took time. It required a level of patience that did not come naturally.

Just three outings for his new club before the December of his debut season tested his character and, in hindsight, moulded the man into one of the world’s leaders in his position.

“It was tough because I was quite fortunate in the four or five years before that as a professional that I hadn’t experienced not being in the team,” he recalled.

“I was always a starter or sometimes on the bench. I was always in touch to play and never really left behind when the squad were going to away games and things like that. That was something that was quite new to me and at the start I probably didn’t deal with it as well as I could have.

“I still came in every day and worked my socks off and stuff, but probably at home my family got it a bit more than they should have. That was a huge learning curve for me.

“Of course, I hope that doesn’t happen again but if it does I’ll be a lot better equipped to deal with it. That’s when the hard hours went in and when you realised the big club you’re playing for and the standard I had to get up to.

“I just tried to work hard, tried to learn the way the coaches wanted me to play. Luckily I got to grips with it. I knew when my chance came I had to try to take it – and luckily I managed that.

“Now I look back on it with happier memories because I know that stood me in good stead. But it could have been a lot different. I’m glad it worked out the way it has.”

In truth, overcoming the odds has been a recurring theme of Robertson’s career.

His response to being released by Celtic as a teenager and working his way back up from Scottish football’s lower leagues has been told – and commended – often.

A similar determination to make his mark helped him in those opening months at Anfield, too, until a twist of fate presented the opportunity he was waiting for.

Alberto Moreno – then incumbent in the left-back role – sustained an injury and Robertson was called upon to step in. He has never looked back.

“When I signed, Mo and Chambo had come in, so there was a lot more said about them and rightly so,” the 25-year-old continued with his memories.

“I kind of went under the radar but it probably made it a bit harder for me because I wanted to get games under my belt to try to prove to the manager and my teammates, and the fans, that I could play at this level.

“At the start it didn’t quite get to that, so maybe people from the outside were thinking I couldn’t quite make that standard, which was probably one of my biggest worries at that point because I knew if I got my chance at least I could try to take it. I was delighted.

“Obviously the circumstances when Alberto got injured was bad timing for him, but I knew it was good timing for me, that I would have at least five or six games of being able to get up to speed.

“It took me maybe one or two games to get up to sharpness but once I did I felt as if I belonged in the team and could really contribute; luckily I started to show that and obviously everyone came on board and was happy I was at the club.”