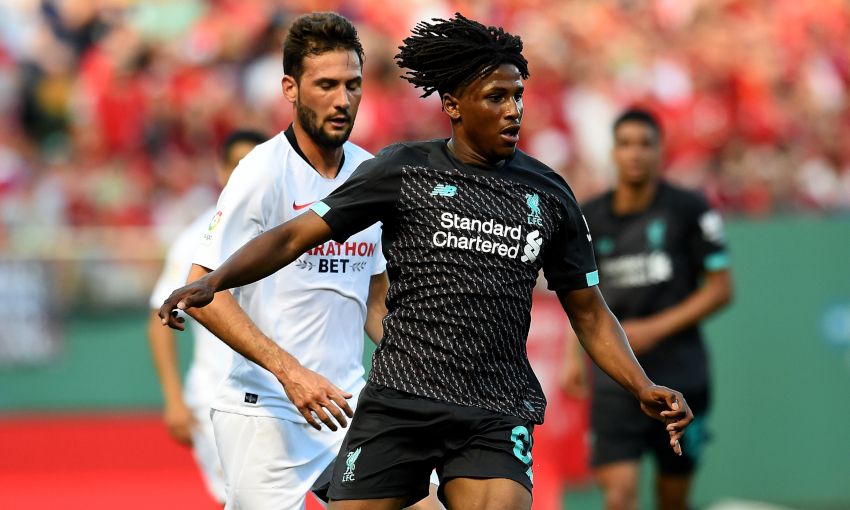 Jürgen Klopp hopes the injury suffered by Yasser Larouci against Sevilla will not be as serious as first feared when the left-back was stretchered off.

Larouci was forced off the field in the 80th minute of the friendly at Fenway Park after a challenge for which Joris Gnagnon was shown a straight red card.

“[It’s] much too early in the season to create headlines with saying the things I think about the situation,” said Klopp at his post-match press conference.

“Let me say how the situation is with Yasser; it looks like he was lucky but, of course, how it always is with these things we have to wait a little bit. He couldn’t keep on playing, so that’s the first not-so-good sign but in the dressing room it was OK, similar how it looks to Harry [Wilson].

“Harry got a knock on his jaw and a finger in his eye, so not too cool. He should be OK as well but couldn’t carry on as well. That’s the situation.”

Asked for specifics on the Larouci injury, Klopp added: “He hit him full throttle and, in that moment, [if it was] a little bit different position where he hit him then it’s done. He rolls… he is a sports boy so that was OK, nothing happened there.

“I don’t know 100 per cent. It looks like he was lucky but I only spoke quickly to the Doc and that’s what he said, but we have to see.”