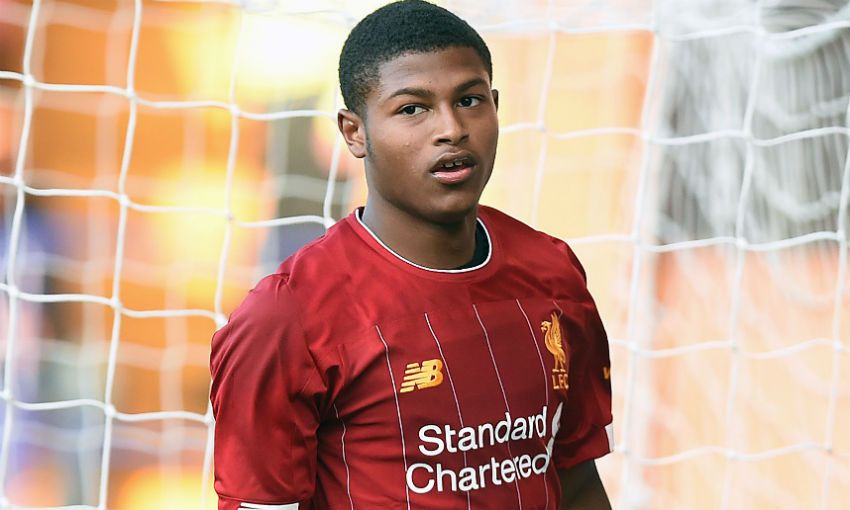 Jürgen Klopp predicts a bright future for Rhian Brewster, but has explained why expectations should be tempered as the striker takes his fledgling steps in senior football.

The 19-year-old has struck three times in two pre-season games so far this summer, following up a brace at Tranmere Rovers with a poacher’s effort against Bradford City on Sunday.

Klopp is encouraged by Brewster’s progress so far, particularly as he has overcome a long-term injury absence; however, the manager wants him to be allowed to develop with no pressure on his shoulders.

“He was injured for a long time. He is a fantastic footballer, we fought really hard for getting him and then keeping him and all that stuff. Now he is here and I think he sees the chance, the chance is there and that’s very good.

“He is an exceptionally good boy and player and I am really excited about the future, but there is not pressure at all on him.

“The big guns are not in and we are all focused and the boys and stuff like that, but don’t put pressure on him. I think he can deal with it because he is a really confident boy, but to be a real Premier League striker you have to miss a chance in front of 50,000, hear the noise, feeling the importance and then if you go again, you have a good chance to be a really big gun.”