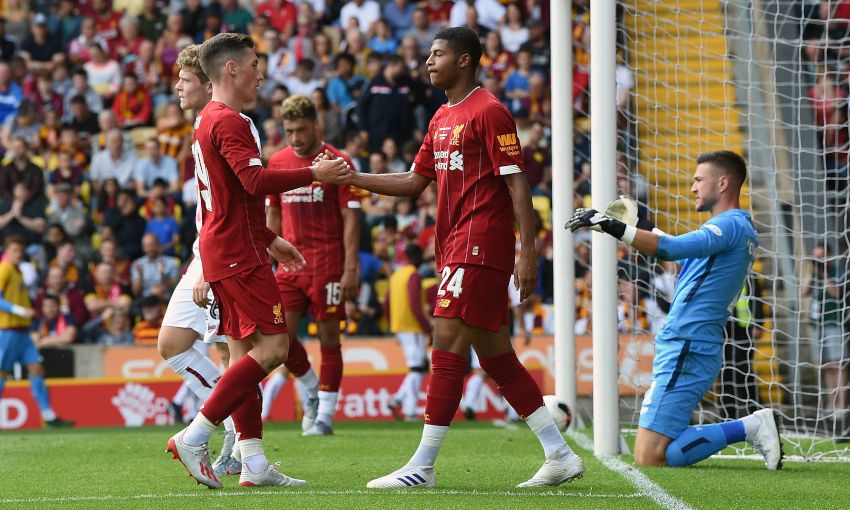 Liverpool claimed a 3-1 victory at Bradford City in their second pre-season outing of the summer on Sunday.

James Milner netted a deflected effort and a penalty in the space of one first-half minute and Rhian Brewster struck again before half-time.

The match raised funds for the Darby Rimmer MND Foundation, which was launched by former Reds and Bradford defender Stephen Darby after his MND diagnosis and retirement from football last September.

Darby was at Valley Parade to watch his two former clubs face off in front of a sell-out crowd.

See some of the best pictures from the afternoon in our gallery below.