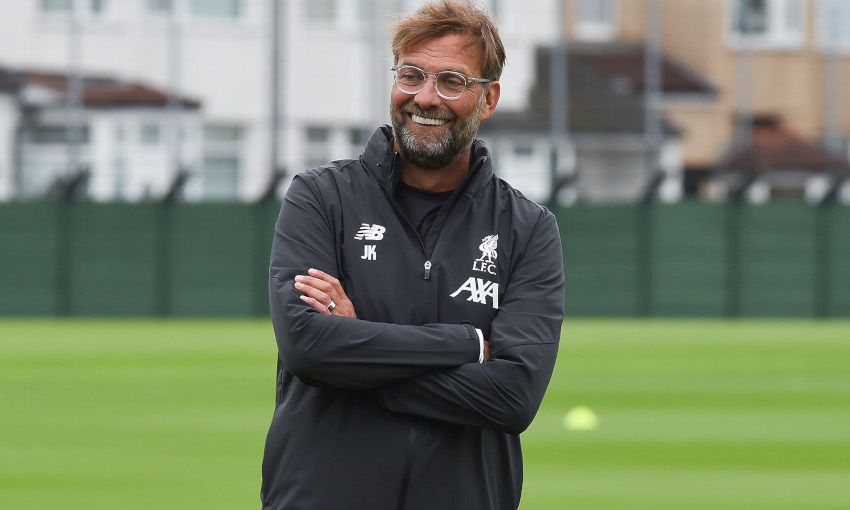 Jürgen Klopp insists the Liverpool players and staff had no hesitation in getting together to lead a special tribute to Stephen Darby ahead of training at Melwood on Saturday morning.

The squad gathered to chant the name of the ex-Reds defender after being nominated to take part in the #StephenDarbyBaby challenge.

Darby, who made six appearances for the club between 2008 and 2010, was forced to retire from professional football last year at the age of 29 after being diagnosed with motor neurone disease.

Liverpool will play another of his ex-teams – Bradford City – on Sunday to raise funds for the Darby Rimmer MND Foundation, as well as awareness for Distance for Darbs – a charity event that will see people walk 65 miles from Valley Parade to Anfield later this month in support of the organisation.

Klopp told Liverpoolfc.com with smile: “It was a rare moment when awareness on social media can make sense, I would say! That’s why we did it and it was good fun.

“Football is only a game, but sometimes we can do some especially good things – and in this case, for Stephen Darby, which is very, very important. We know that and hopefully it will help.”

After being nominated for the #StephenDarbyBaby challenge, @JamesMilner called in some backing singers, in support… https://t.co/yJvwDLQtiA