Parry on Chelsea and Hillsborough

A coffee courtesy of John Durnin, a chat in Danish and a game of pool in the boys' room were just some of the highlights when Liverpoolfc.tv dropped in on midfield legend Jan Molby's Wirral home recently.

The Great Dane swapped his homeland for Merseyside back in 1984 and has since become famous for the way he has adapted to the local way of life - not to mention his scouse accent. 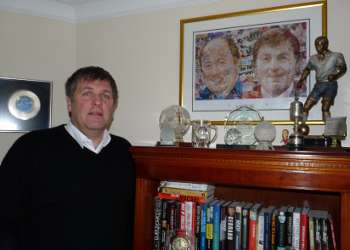 Tucked away in a cosy cul de sac, away from the hustle and bustle of Heswall's busy village life, we find that Molby Towers is an elegant, welcoming abode.

A knock on the front door is followed by a shout of "round the back.'

On further exploration, we find John Durnin at the door, equipped with broad grin and coffee mug.

"Drink?" he asks, before turning to put the kettle on.

At this moment 'Rambo' himself appears in the kitchen and any fears that we have turned up at the wrong ex-reds' home soon vanish.

A quick chat about the recent derby double header, Fernando Torres and whether we will win the Goodison replay follow, before Molby takes us to his office where Durnin recommences with a game of online poker.

"Let's leave him in here and do this in the comforts of the lounge," says Jan, before leading us into beautifully decorated, spacious living area.

We take a seat and begin with the obvious question of whether he spends much time at home.

"Well it depends," he says. "Some weeks I'm hardly here and other weeks I'm always in. I work for Danish TV during the Champions League so that dictates my whereabouts. I suppose it's a combination; one week I'm here, the next I'm not." 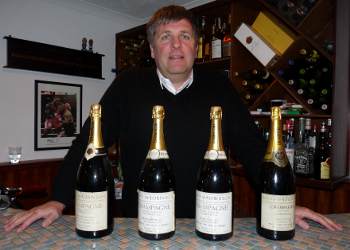 So does John Durnin tend to pop around when you are in?

"Yeah, he does actually," he says with a laugh. "I'm a bit of a mentor for John. I got into online poker a few years ago and he likes a bit of a flutter, so I look after him on that front!

"When we go away with the legends we always tend to sit down and have a few games. But I don't think any of the other lads take it beyond that. I know Aldo likes it, but they don't have the bug as bad as me and John!"

A stroll around Molby's house gives off the immediate impression that he is a happy family man, with various photographs of his wife and children on show.

But what about when he wants some Jan time? Where does he go for that?

"My favourite part of my home is actually my garage, which I have converted into a bit of a boys' room," he says with pride. "It's got a bar and a pool table in it so we have some fun over there."

Any chance Liverpoolfc.tv can take a quick look around?

"Of course," he says with a laugh. "We'll head over there once we've finished up here."

So back to Wirral life... It's an area where players from the club's past and present have often chosen to set up residence - but why this part of the world? 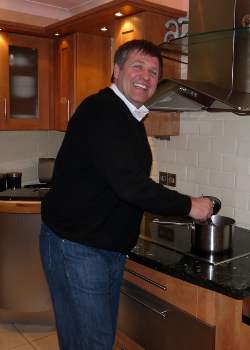 "We've lived in Heswall for 10 years now and I like the area," he explains. "There's everything you could wish for in terms of bars, restaurants and pubs, but I wouldn't say I'm always out and about here.

"We have a local where a lot of the ex-players go to, like Ian Rush, Michael Thomas and John Barnes, so it's a good place to live."

With so many Scandinavian faces and accents on show on matchdays at Anfield, you would expect Molby to be inundated by requests to meet up and discuss the latest Danish news - but family aside, it isn't the case.

"We have plenty of visitors over," he says. "Obviously my family come over from Denmark. The Premier League and football in general is just getting bigger and bigger, so more and more friends from Denmark want to come over. Even more so than when I actually played.

"Strangely enough I don't see many Danes though," he adds thoughtfully.

"The last one I saw was a few years ago. He knocked on my door and asked if he could clean my windows. I told him I was sorry that I already had a window cleaner, but he said: 'I'm Danish and I'd love to do them.' 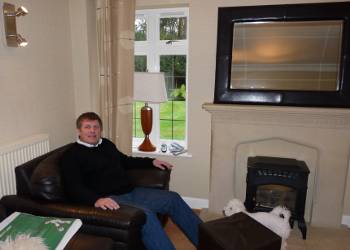 "So, I started speaking to him in Danish and he couldn't respond. He told me to get him a Danish newspaper and then he read out of that. The reason he couldn't speak Danish was because he had lived in Australia for 35 years and had forgotten it!

"So that was a strange incident, but apart from him, I haven't come across many to be honest. The only Dane I speak to regularly is Daniel Agger." 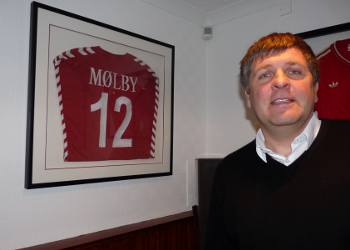 There is nothing ostentatious about Molby's house. Many footballers opt to fill their living rooms with trophies, shirts and pictures - but not Jan.

"I do have a few items on show, but it's never been a massive thing for me," he says.

"The major trophies are locked away in the safe but I do have few of them out in the office and I've got a few shirts, but they are boys' room only."

Regular readers of Liverpoolfc.tv will be more than familiar with what Jan regards as his career highs - courtesy of Molby's Mailbox - but we can't help but relive some of the great man's top memories as he shows us some of the trophies in his office.

Talk of his top five goals brings up the subject of the famous effort that was never seen back in a League Cup clash between Liverpool and Manchester United at Anfield in November 1985.

With no TV cameras to film the action, Molby has one of the only copies of the tape courtesy of a friend of United boss at the time, Ron Atkinson.

Many have tried and failed over the years to convince Jan to release footage of a strike that only the 41, 291 fans inside the ground have been privy to see.

In an exclusive interview with LFC TV he promised the channel the first showing if and when he does dig it out of the loft, but Liverpoolfc.tv was keen to see it for ourselves, and we opted for a different approach to try and sway him.

"Vis mig dit beromte mal du har pa video," is the request in what can only be regarded as our 'best' attempt at a bit of Danish.

Molby's response is to chuckle before unleashing a few other lines of his mother-tongue on us.

Of course we have no idea what he is saying but have prepared a nice get out...

"Det er alt Hvad jeg har pa dansk," which loosely means 'that is all I have in Danish."

Again he laughs, before saying: "One day I'll show it to you." 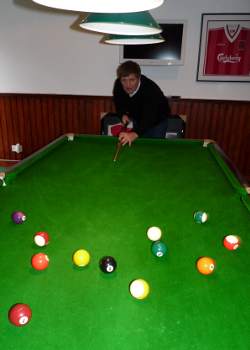 The request appears to have failed, but with the 25th anniversary of that strike coming up next year, perhaps that would be the best possible time to give it its first airing?

It's a fitting and somewhat triumphant way to conclude our chat. All that remains is a trip outside to the 'boys' room'.

It's definitely the most intriguing part of the visit and there was certainly no disappointment on our part when we strolled in.

On each wall sat a framed shirt of some of Jan's most famous matches, including a top worn while on international duty with Denmark and the 1986 FA Cup final shirt.

There is also the small matter of his own bar, complete with untouched Man of the Match bottles of champagne, and the centrepiece of it all - the pool table.

"Fancy a game?" we venture, to which Molby replies with another laugh, before accepting the challenge.

Further discussion of all-things LFC take place as Jan sets about teaching this LFC.tv reporter a lesson, and although it is close at the end, it is the Great Dane who sinks the black, to take the honours.

Defeat is a small price to pay for the opportunity to go head-to-head with the Great Dane, and as we finally bid each other farewell, he wishes us all the best in Danish before quickly returning indoors to Durnin and the small matter of that game of Poker.