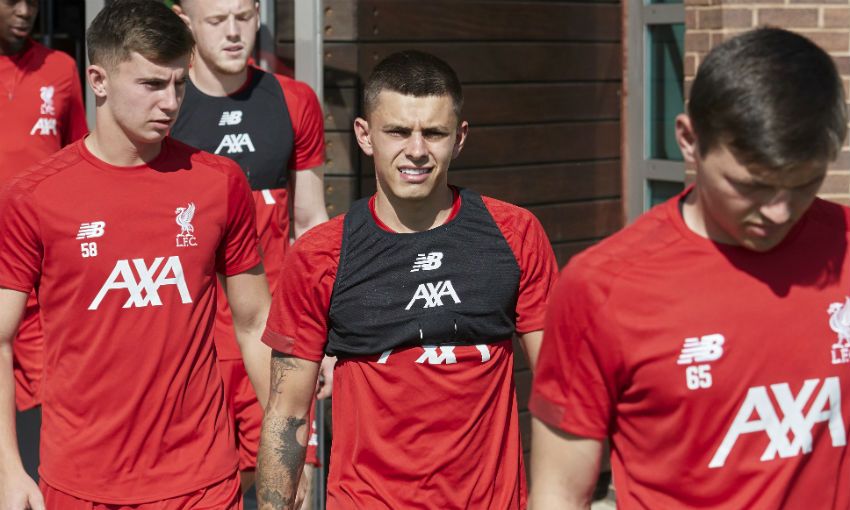 Adam Lewis has seen an opportunity open up ahead of the new season - and it’s a chance the young Liverpool left-back is determined to take.

Academy prospect Lewis reported to Melwood to begin pre-season training on Sunday and hopes to be part of the squad for the Reds’ first friendly of the summer against Tranmere Rovers on Thursday - a match that will be shown live on LFCTV and LFCTV GO.

Featuring at Prenton Park would form part of the teenage Scouser’s plan to catch Jürgen Klopp’s eye following the departure of Alberto Moreno.

“It’s obviously tough going into pre-season whether it’s at Liverpool or another club,” Lewis told Liverpoolfc.com.

“We know what the manager likes, he loves the running, so you’ve just got to adapt to it and I see an opportunity for me in my position with obviously Alberto going. There’s obviously a chance and the manager gives the youngsters a go in pre-season.

“All I have to do is obviously keep impressing in training and hopefully get my chance.”

Inside Training: Highlights of a short-sided game at Melwood

Lewis is yet to make his first-team debut for Liverpool but has trained with Klopp’s squad on several occasions and was included in the group that went to Marbella for a training camp in February.

This pre-season, then, is all about making sure he makes a strong, positive impression on the boss and his coaching staff as he strives towards the goal of playing for the senior side.

“Pre-season is an opportunity where you can show what you’ve got,” the 19-year-old stated.

“The manager has seen me play, I was here [at Melwood] last year a few times but the most important thing for me is to stay down here and hopefully get on the bench in the coming season.

“Just training with them [the first team] gives you a taste and it makes you want it more.

“Being a part of a big club like this is massive and it gives you a big confidence boost going into a game or even getting a call-up to come to Melwood. It’s always a good thing for a young lad, especially for me being a Scouser as well - that makes it even more important.”