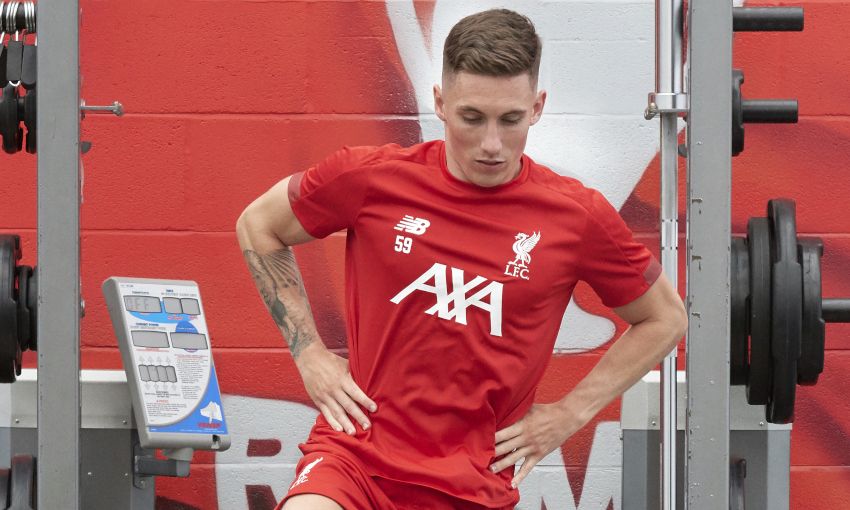 The winger scored 18 goals in 49 appearances for The Rams last term, helping them reach the Championship play-off final at Wembley.

Wilson feels the experience of the past campaign has aided his development, meaning he began pre-season training with Liverpool on Saturday morning convinced his game has been enhanced compared to 12 months ago.

He told Liverpoolfc.com: “I feel I gained massive experience under a fantastic manager in Frank Lampard, who gave me the opportunity to go out and play week in, week out, express my ability and go out there with no fear. I felt confident throughout the season.

“To finish in the play-off places and then to have a great two games against Leeds to get us into the play-off final was great. We couldn’t quite do it in the final, which would have been really nice, but all in all it was a great season.

“I loved my time at Derby, it is a fantastic club. Last pre-season I had a few clubs who wanted me, but it was up to me, the club and my agent to come up with the right club. We felt we did that in Derby. I went there, played a lot of games and had a really good season both personally and as a team, so I am really happy with the way it went.

“I’m disappointed we couldn’t win the play-off final and get into the Premier League, which would have been an added bonus but unfortunately it wasn’t to be.”

Inside Training: The European champions return to Melwood

Now back at Melwood, Wilson is aiming to showcase the improvements he feels he’s made to Jürgen Klopp and the backroom team.

“[The plan is to] work hard,” the 22-year-old continued. “Now I am back here, it is up to me to try to impress the manager and get into the team.

“I was excited to get back and see the lads again. It was good to see the manager and the lads I haven’t been around for a while, to have a chat with them and see what they’ve been up to over the summer.

“Then getting back to work with them and putting each other through our paces, it’s been a productive couple of days.”

Liverpool, of course, regrouped at Melwood as European champions following their success in the Champions League final in June.

It was an event Wilson was determined to be present for at Estadio Metropolitano.

He explained: “I went out to the Champions League final with a couple of the lads I played with in the youth teams. I was desperate to get out there, my season had finished a couple of days before the final so I was able to get tickets, book flights and go out there. It was fantastic to see the club win a sixth European Cup.

“I was flying home, so we didn’t get home in time to see the parade – and I was off with Wales the next day, so I didn’t have time to come back to Liverpool.

“I had to go back to Wales and focus on international duty because my season wasn’t over, but if I’d had a chance, I would have gone to watch it.”