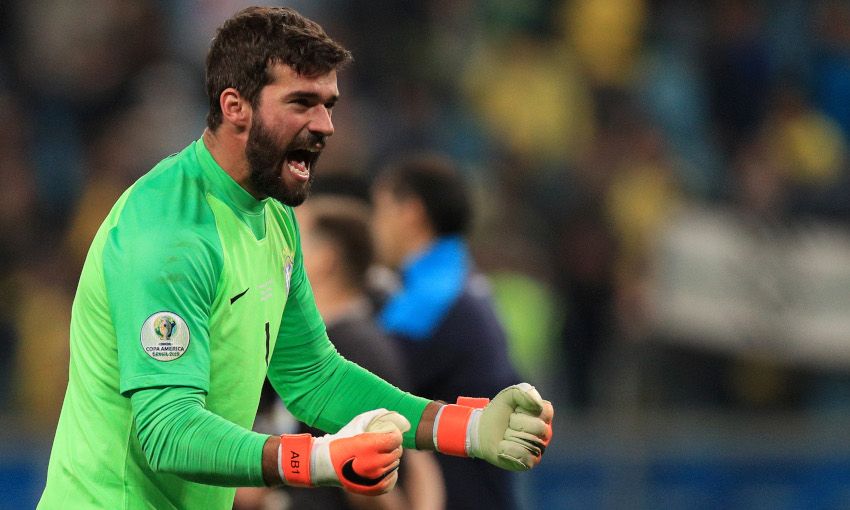 Alisson Becker saved a penalty in the shootout as Brazil beat Paraguay to move into the semi-finals of the Copa America.

The tournament hosts had been held to a goalless draw by their 10-man opponents, who had Fabian Balbuena dismissed on 58 minutes for a foul on Liverpool forward Roberto Firmino.

However, despite creating numerous chances, Brazil couldn’t find a way to breach the Paraguay rear-guard in Porto Alegre, meaning the last-eight tie was to be decided by spot-kicks.

Alisson got the Selecao off to the perfect start by saving from Gustavo Gomez and though Firmino missed his penalty, the Reds duo were able to celebrate as their country secured a 4-3 win.

"This is a team that deserved the win today," Alisson said.

"It was a draw but against a team that didn't want to play unless it was on the counter-attack. We've gone up one step, two more to go to our objective, to be Copa America champions."

Brazil will meet either Argentina or Venezuela in the semi-finals in Belo Horizonte on Tuesday.

Meanwhile, earlier on Thursday, there was disappointment for Sadio Mane as he played the full 90 minutes in Senegal’s 1-0 defeat to Algeria in the Africa Cup of Nations group-stage tie in Cairo.