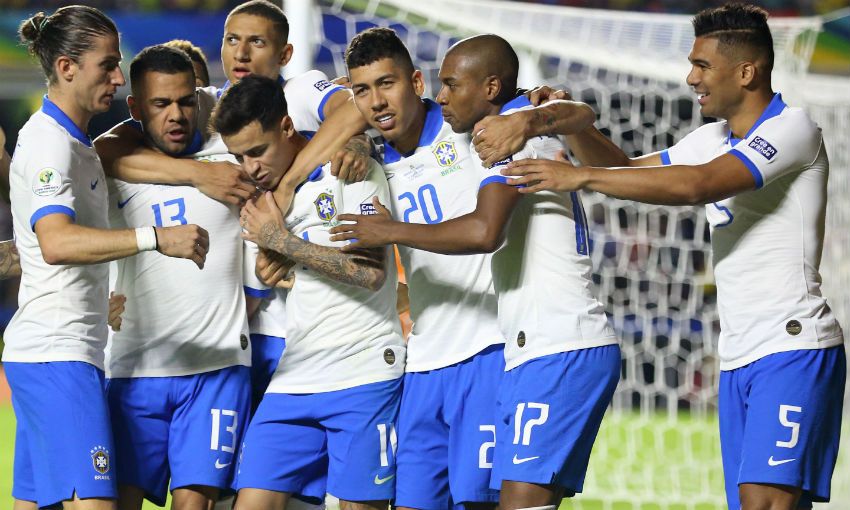 Alisson Becker and Roberto Firmino both started as Brazil got their Copa America campaign up and running with a 3-0 win over Bolivia in Sao Paulo.

Liverpool forward Firmino began the tournament opener as his country's central striker, and set up Philippe Coutinho's second goal of the game with a fine cross to the back post.

The 27-year-old was withdrawn shortly after the hour mark, while goalkeeper Alisson played the full 90 minutes.

Brazil's next Group A match sees them take on Venezuela in Salvador on Tuesday night.