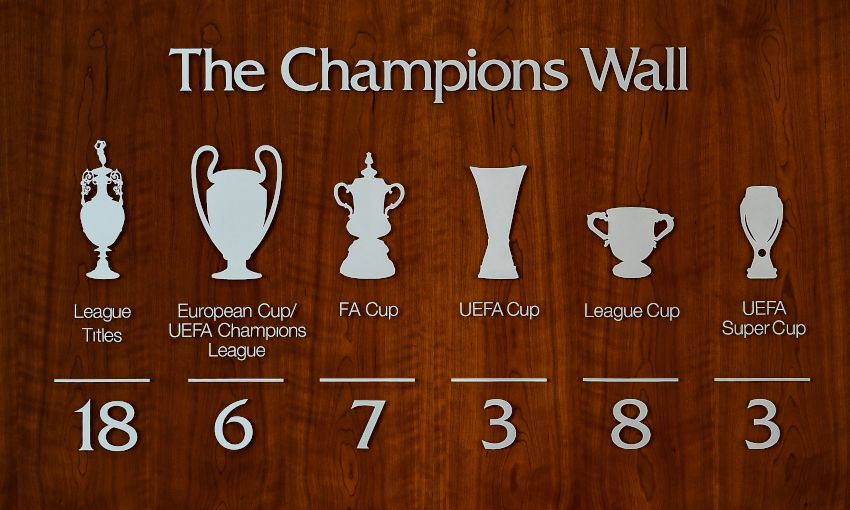 The Champions Wall at Melwood was updated on Friday morning to reflect Liverpool's success in the Champions League final.

And the honours board at the first-team training base has now been officially amended to add the Reds' 42nd major trophy.