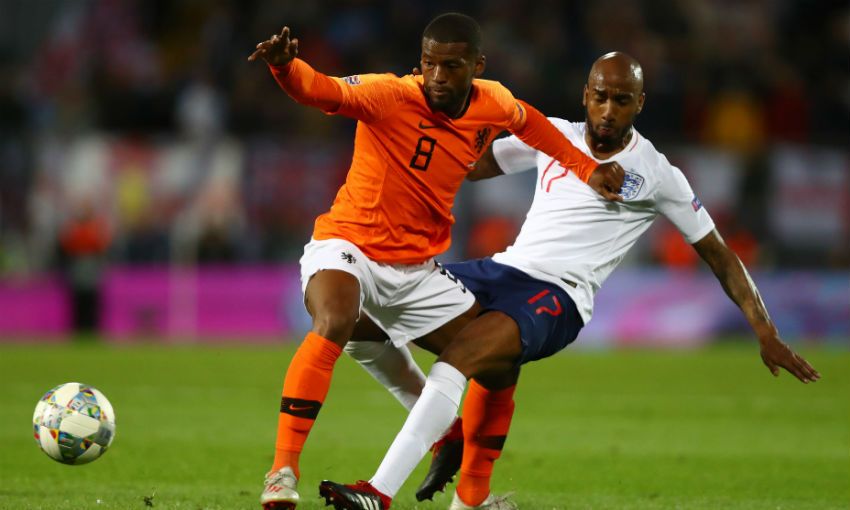 Virgil van Dijk and Georginio Wijnaldum helped the Netherlands reach the UEFA Nations League final by starring in their 3-1 victory over England after extra-time on Thursday evening.

The Liverpool duo – fresh from winning the Champions League on the weekend – played the entire 120 minutes of the semi-final in Portugal.

Jordan Henderson was brought on in the second half for the Three Lions, while Trent Alexander-Arnold and Joe Gomez were unused substitutes.

Marcus Rashford put England ahead from the penalty spot shortly after the half-hour mark before Matthijs de Ligt equalised in the 73rd minute.

An own goal from Kyle Walker and finish from Quincy Promes in extra-time then secured the Netherlands' spot in Sunday night's showpiece, where they will take on Portugal.