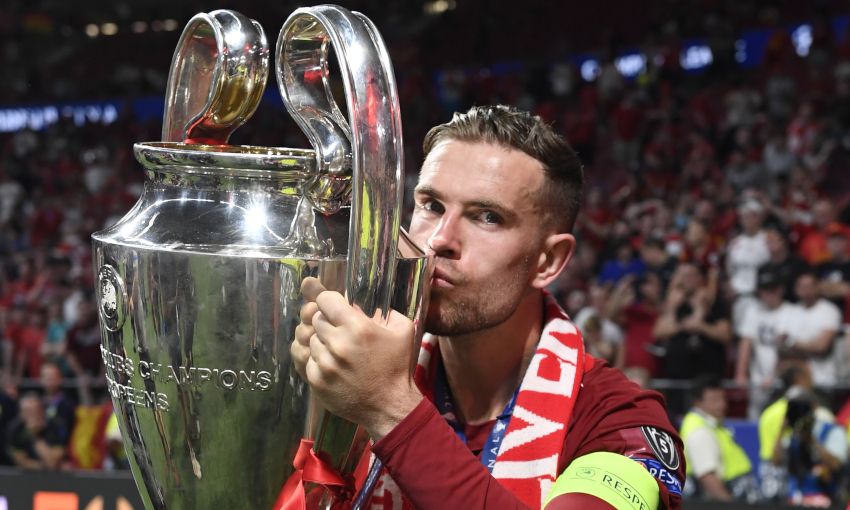 The memories of an historic weekend will live with Jordan Henderson forever.

After becoming the fifth Liverpool captain to lift the European Cup following Saturday’s 2-0 win over Tottenham Hotspur in Madrid, the midfielder and his teammates paraded the trophy around the city in front of hundreds of thousands of fans on Sunday.

Henderson is confident the triumph at Estadio Metropolitano can come to represent the starting point of a sustained period of success for the Reds.

“It was obviously emotional. We’ve come a long way as a team and had so many knock-backs,” said the skipper. “To finally get over the line is an amazing feeling, something special and one we’ll remember forever.

“It was nice to know we have come back from so many disappointments, and finally got over the line and won a big trophy. It is an amazing night and hopefully we can use this to win more in the future.

“It gives us confidence to know we can win the Champions League and together we can move forward and hopefully win more trophies as well.”

On when the scale of what this Liverpool side has already done might settle in his mind, Henderson added: “Probably it will be after I finish football, but there is still a long way to go.

“That’s the idea, we hope this can give us a lot of confidence. The big trophies, the big nights. I want to enjoy this moment but also when we come back pre-season we will be focused on looking in the future.”