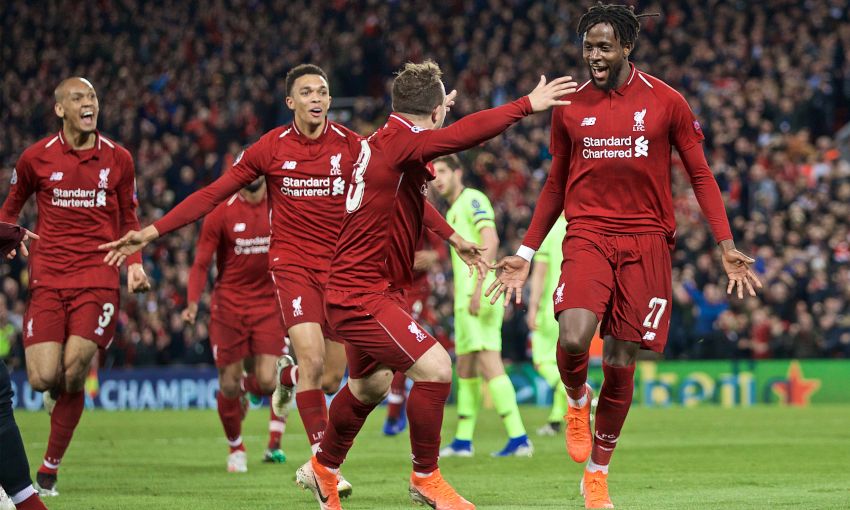 There's no doubt Divock Origi's tie-winning strike against FC Barcelona was a spur-of-the-moment piece of magic by the Belgian and Trent Alexander-Arnold.

But there was an element of planning in the goal that sent Liverpool into a second consecutive Champions League final, against Tottenham Hotspur next Saturday.

“Funnily enough, I had that shot a couple of times in training, I practised the shot, the side of the net from the angle. It wasn’t bouncing, it was just a ball in,” Origi told Liverpoolfc.com at this week’s training camp in Marbella.

“But I think subconsciously, when the ball came, it helped me – I had more confidence because I knew I’d practised that shot. But, of course, in 10 [attempts] the chances are you can put it over or even in the middle of the goal.

“It was a very difficult finish because my back was turned to the ball. I was still looking and in the corner of my eye I saw Trent making a movement.

“I had to readjust quickly, turn my body 180 degrees and then try to put it into the side of the net. It was a hard movement with a bouncing ball as well, but luckily it went in so I’m happy.”

Origi’s effort tipped the semi-final, one that many had written off as a foregone conclusion after Liverpool’s 3-0 defeat at Camp Nou in the first leg, in his side’s favour.

He’d started the comeback, too, knocking home a rebound in the early stages just three days after settling a Premier League thriller at Newcastle United with a late header.

In between the No.27’s double came a quickfire brace from Georginio Wijnaldum on a night that instantly entered the argument for Anfield’s greatest in European football.

The performance prompted Jürgen Klopp to describe his players as ‘mentality giants’.

“It’s important to always fight, regardless of what happens,” said Origi. “We had difficult moments in the season, at key moments, and we pushed through.

“Sometimes the difference in quality is not that big and then you have to make the difference by working hard, with your focus and hunger, working together. That’s what makes us strong as a team – we are all together and we have one plan for us all.” 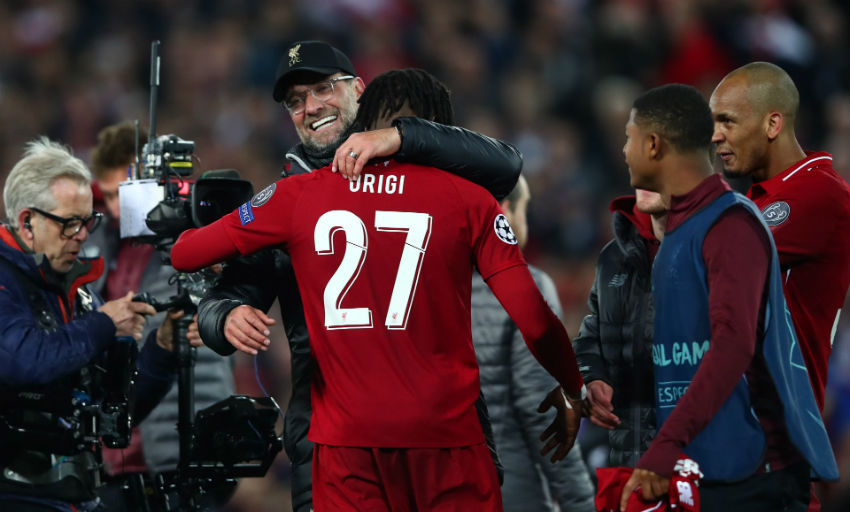 What was the plan for Origi back in August, though?

Having returned to Liverpool after a season on loan at Wolfsburg, the striker’s opportunities were limited for much of the first half of the campaign.

But his unforgettable, 96th-minute winner in December’s Merseyside derby brought Origi back into the spotlight and, more importantly, his application in training delighted the manager.

And when the 24-year-old speaks of being a genuine team player, he means it. “My job was to shine my light and enjoy my game,” begins his answer to the question.

“I’m somebody who loves the game, is passionate about the game and loves to express himself in the game. Whenever I do that, good things happen.

“Trying to help the team as much as possible. I knew it was going to be an important season for the club, and for me as well, and I just wanted to make that next step.

“When I came back – obviously I was away for a year – I saw the group had made another step. We recruited some top players and I felt like we had a lot of quality, and experience as well. We were a bit older. I knew it was going to be a special season.”

A familiar foe awaits the Reds in Madrid.

Tottenham have produced an epic journey in this season’s Champions League, too, following up an escape act in a tough group by eliminating Borussia Dortmund and Manchester City before recovering from their own three-goal deficit to overcome Ajax in the last four.

Liverpool edged both Premier League meetings 2-1 and the mutual respect between the clubs is evident in every pre-final interview.

But, according to Origi, there is confidence as well.

“They have a super team,” he said. “We played against them a couple of times and we know they have danger from all angles, which makes the game so beautiful. It’s going to be a special game for us.

“We have a lot of respect for them but we also know we have a very good team. We have big qualities and, above everything, we’ll play with a big heart.

“It will be a mountain to climb for us – but a good mountain. With preparation and training, we’ll feel confident for the game.”

And could there be one more ‘Origi moment’ left this season?