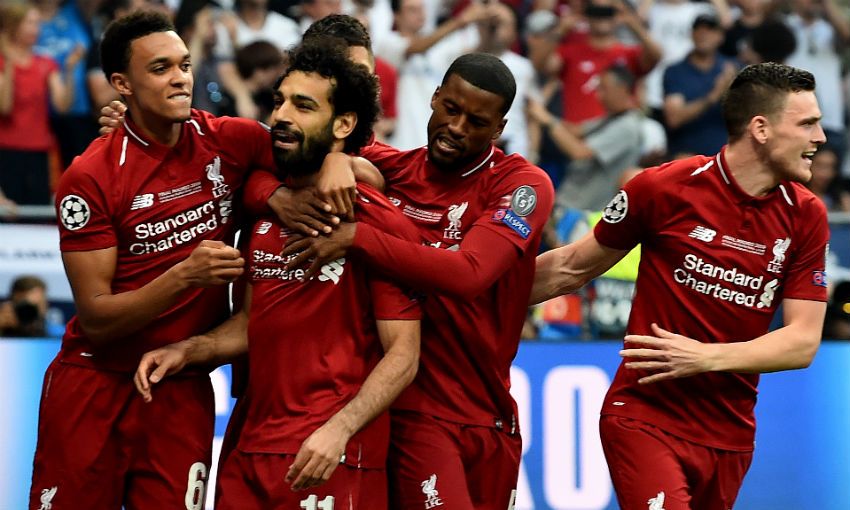 Liverpool are champions of Europe again.

Clinical finishing, coupled with an indomitable performance from Alisson Becker, proved the difference in a tight, tense encounter played out amid stifling heat.

Defeated 12 months ago in Kiev, Jürgen Klopp’s men were not to be denied Champions League glory this time around. 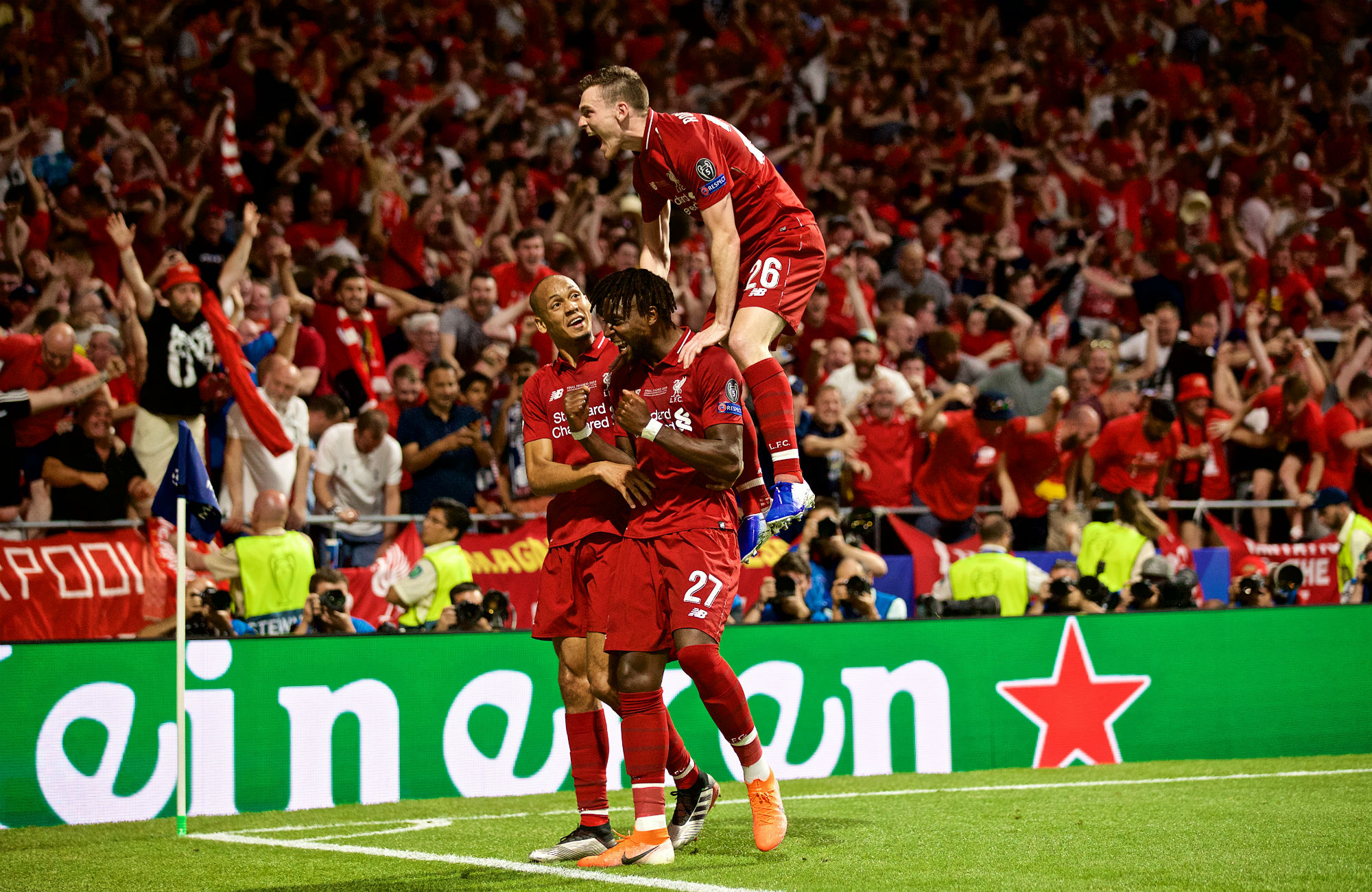 Roberto Firmino started after missing Liverpool’s previous three matches due to a muscle injury, while Fabinho, Georginio Wijnaldum and Jordan Henderson were picked in midfield.

For Tottenham, Harry Kane was passed fit to start following his ankle issue, with Lucas Moura making way for the striker.

The term ‘perfect start’ perhaps counts as overused footballing parlance, but it would be remiss to describe the opening couple of minutes in any other way from a Liverpool point of view.

Around 30 seconds had elapsed when Sadio Mane’s early enterprise was rewarded, as referee Damir Skomina pointed to the spot once the No.10’s attempted cross struck Moussa Sissoko high on the arm.

With James Milner on the bench, the task from 12 yards was Salah’s - a responsibility the Egyptian relished, drilling his penalty hard and true past Hugo Lloris. 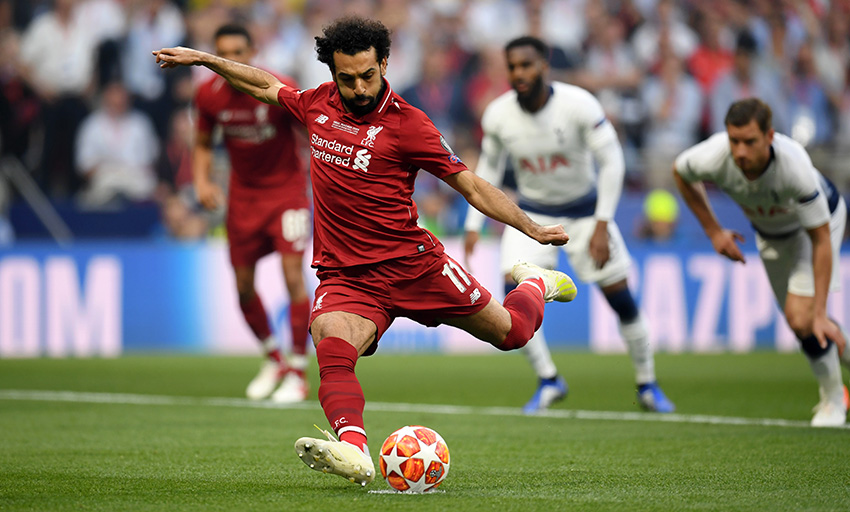 Spurs responded well to that earliest of setbacks, although Alisson remained untroubled thanks to the organisation and solidity displayed by those in front of him.

Trent Alexander-Arnold, the first player in history under the age of 21 to start consecutive Champions League finals, then showcased his prodigious talents at both ends of the field within a thrilling three-minute spell.

First, the right-back whistled a long-range shot just past the far post after Fabinho had hungrily regained possession centrally, before he then superbly thwarted Heung-Min Son in a one-on-one duel after the forward’s out-to-in run had been found from deep by Christian Eriksen.

Unsurprisingly given the prize at stake, plus the quality of opposition, neither side was willing to over-commit with the scoreline so delicately poised.

Liverpool’s other full-back, Andy Robertson, was next to try his luck on goal with seven minutes of the first period remaining.

Joel Matip picked out the Scot with a beautiful, faded pass and the No.26 rampaged into Spurs territory before forcing Lloris to palm his rasping, rising drive from distance over the crossbar.

With the lead theirs and the onus on Tottenham, Liverpool seemed to adopt a reactive, rather than proactive, approach in the early going of the second 45.

But, after Lloris had just beaten Mane to Robertson’s cross from the left and Alexander-Arnold blocked Dele Alli’s attempt at the other end, Klopp signalled his intention to switch that stance with a double substitution around the hour mark.

Origi and Milner were those summoned - in place of Firmino and Wijnaldum - and the latter was a matter of inches away from making it 2-0 soon after his introduction.

A surging dribble from Mane brought about the chance, and Salah teed up the vice-captain 16 yards out. His low, left-footed effort left Lloris motionless, but rolled agonisingly wide of the post.

As time ticked away, Spurs upped the ante in search of the equaliser.

Yet another example of imperious defending by Virgil van Dijk ensured Son’s surging run could not end with a shot on goal, before Alisson took centre stage.

The Brazilian produced a brilliant double-save to deny Son then Moura, and dived sharply to his left to tip Eriksen’s whipped free-kick from an angle wide with five minutes remaining.

And then, Origi sealed it.

Spurs could only partially clear Milner’s corner and, after collecting Matip’s cushioned pass, Origi unerringly sent a left-footed shot back across Lloris and into the net behind which Liverpool’s fans duly celebrated a sixth European Cup win in delirious fashion.