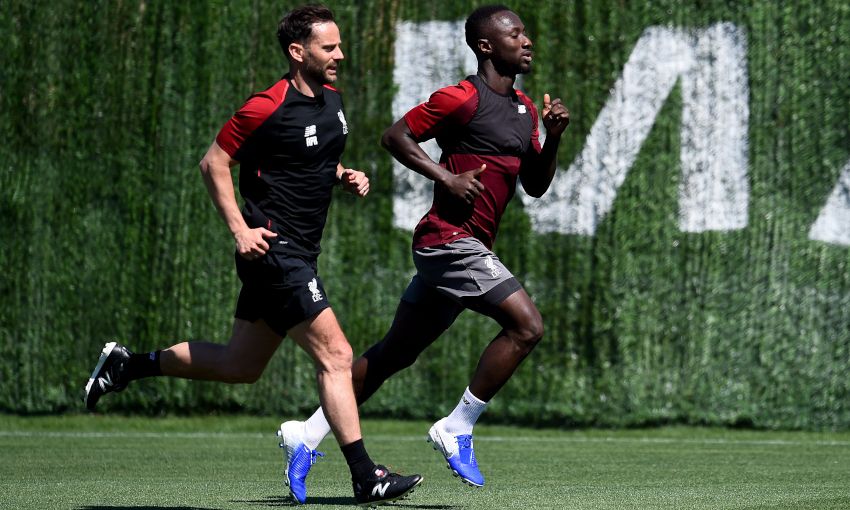 Jürgen Klopp has revealed Naby Keita is making good progress in his rehabilitation from a thigh injury.

The midfielder sustained the issue – a high-grade adductor injury – during the semi-final first leg against FC Barcelona at Camp Nou and initial diagnosis suggested he was facing up to eight weeks out of action.

Keita has travelled to Liverpool’s training camp in Marbella, but is continuing his specialised recovery programme with the club’s medical team.

Klopp told Liverpoolfc.com: “Naby is, I would say, a bit ahead of schedule, but that doesn’t mean anything for the final. He is now doing straight runs and all of that stuff, he feels comfortable with 50 per cent intensity and these things – but there is still a way to go.

“I know about the issues with Guinea and stuff like that; we don’t want to keep a player out if he can play – maybe they think it is like this, but it is not like this. For me, it would be good if Naby would be 100 per cent fit and could play the Africa Cup of Nations, to be 100 per cent honest. But we don’t know, we will see, and we need to work together with their medical department because in the end, a player who is fit – from my point of view – who can play, should play for his country.

“If he is not 100 per cent fit, he cannot play. That’s how it is. It is not important whether you play for your country or your club. That’s what we try to make sure. It looks good, very positive and we will see if there is a chance.” 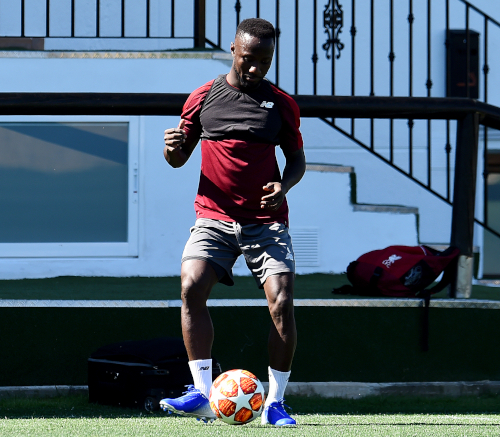 Elsewhere, Klopp reported positive news on the fitness of Roberto Firmino, who is making a staggered return to full training following a muscle issue that ruled him out of Liverpool’s last three fixtures.

“Bobby looks really good [and] he is now part of training,” said the boss on Wednesday. “It was not too long out, but of course we are still careful and want to make sure nothing happens.

“We have a few days still and want to use them, that’s why he is in, out, in, out. Yesterday, he was only playing as a ‘joker’ [in the small-sided games] but it is good for him, the first step to play football again.

“Today he was in around about 70 per cent of the session. Tomorrow he will probably be in completely, we will see, then hopefully it will be fine.”

Inside Training: Highlights of Marbella mini-tournament