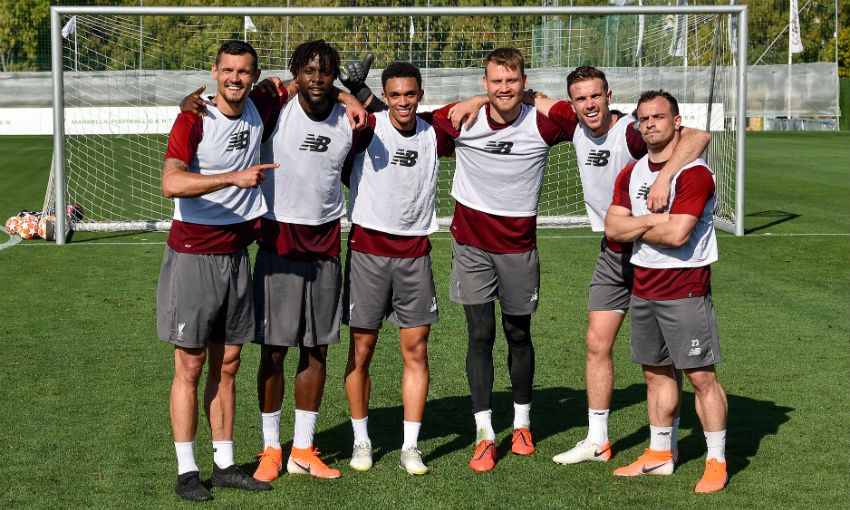 A return to the Champions League final would not have been possible without the 'togetherness' and resilience of this Liverpool team, Xherdan Shaqiri insists.

The Reds reached the biggest game in club football for the second straight year after achieving a remarkable comeback in the second leg of their semi-final with Barcelona earlier this month.

Jürgen Klopp's side are now preparing for the June 1 spectacle against Tottenham Hotspur with a six-day training camp in Marbella - a trip Shaqiri believes will only further strengthen the squad's bond.

Inside Training: Rondos and more in Marbella

"This is the most important thing for a big group, to have togetherness," the No.23 told Liverpoolfc.com.

"Altogether, we can achieve a lot - and we saw that in the games, especially against Barcelona.

"We had a few players who didn’t play, so we showed our togetherness is very strong. That’s very important to have always, especially for this game coming up too.

"It’s always good to go to a training camp altogether, to stay all day together, to enjoy the sun, to train hard and for the group, it’s always important to stay together.

"It gives you strength for the coming days and hopefully for the game."

Shaqiri was part of Jordan Henderson's six-man side that won a mini tournament held during the second training session of the Marbella camp on Tuesday evening.

The Switzerland international continued: "We feel very good. We are training very hard and preparing every second for this game.

"Obviously mentally we’re also slowly, slowly thinking about the game and preparing is the most important thing in being ready for this important game."