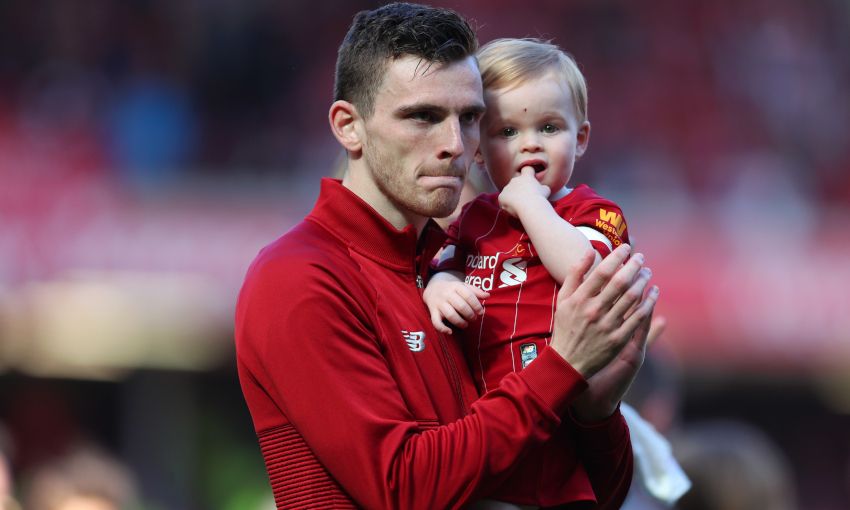 Andy Robertson struck a defiant tone in response to Liverpool finishing second to Manchester City in the Premier League after a relentless title challenge.

The Reds amassed a points tally of 97 - the third-highest total in the history of the Premier League - but still fell short to Pep Guardiola's side.

And after concluding the league campaign with a 2-0 win over Wolverhampton Wanderers at Anfield on Sunday, Robertson highlighted the positives Liverpool can draw from a truly remarkable season.

"It's one of them, 97 points - if anyone offered us that at the start of the season I think everyone would've took it," the left-back told Liverpoolfc.com.

"We've come up against an incredible team and for us to get that close, it just shows you how far we've come. We've come a long way since last season and closed the gap to City.

"The good thing is that City know we're here now and we're not going anywhere. This squad will stay together and we need to put everything into next season.

"We've not done much wrong, but we'll learn from it. We've still got a massive game coming up and then we can focus on next season.

"We've come up against an incredible team, but this team isn't bad as well."

Attention now turns towards June 1 as Jürgen Klopp's men contest their second successive Champions League final when they travel to Madrid to take on Tottenham Hotspur.

Robertson continued: "Man City deserve all the credit they're going to get.

"I think I saw it during the week that nobody has lost this Premier League, it's been won - and it's been won by an unbelievable team that's set the standard. We've kept up with them but we've just fell short.

"We're in the final now and we need to take that one step further that we didn't take last season.

"If we can do it then it'll be a hell of a season. We know how hard that game against Tottenham is going to be."