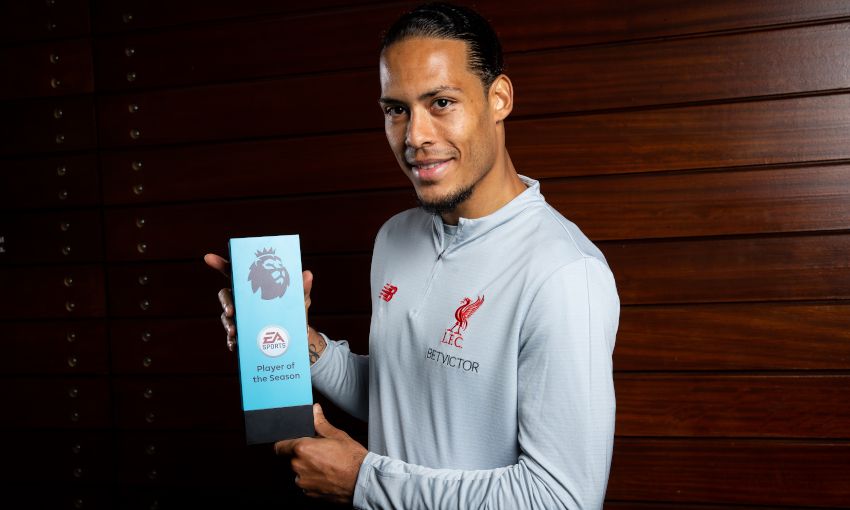 Liverpool defender Virgil van Dijk has been named the Premier League Player of the Season for 2018-19.

Van Dijk missed only 35 minutes of the Reds’ 37 matches before the campaign finale on Sunday, helping to register 20 clean sheets and scoring four goals.

The No.4’s imperious form – which also earned him the PFA Players’ Player of the Year honour last month – has been a significant factor in Liverpool’s pursuit of the Premier League title.

The winner was decided by a combination of votes from fans, the captains of the 20 Premier League clubs, and a panel of football experts.

Van Dijk inherits the award from Salah, who was named Premier League Player of the Season in 2018.