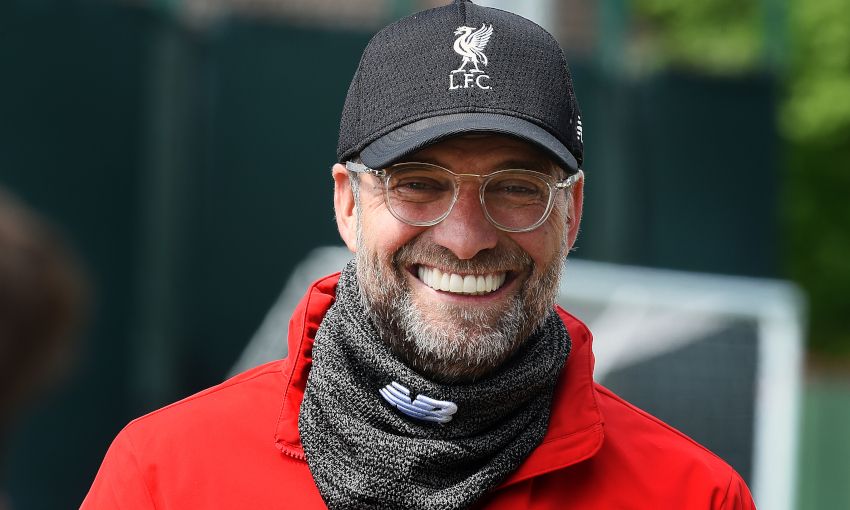 Liverpool's historic comeback against FC Barcelona painted the exact picture Jürgen Klopp wants for the club he has guided to a second successive Champions League final.

With a three-goal deficit to overturn, the Reds summoned a stunning performance – founded on force of will – to register a 4-3 aggregate victory and set up a trip to Madrid to face Tottenham Hotspur.

Reflecting on that result ahead of the Premier League finale tomorrow, Klopp explained the crucial impact of such an achievement beyond the headline fact of reaching the final.

“A moment like this is worth more than silverware. If you struggle in a game, they hit the post and the bar but you win it, that’s good for looking back and saying, ‘That year we won it and oh, we were lucky.’ It’s a nice story but it doesn’t help with development.

“The job is to develop as far and as high as possible so it gets more and more likely that you win silverware and that’s what we’ve done so far. Now we go to a final and we’ll play it, learn from the past few years and see what we can do there.

“Sunday is our last Premier League game. If we can win it, it’s not in our hands what we get for that, but it doesn’t make our season a little bit less good. It’s just a different finish.”

Klopp’s team are potentially two wins away from a Premier League and Champions League double after another leap forward in their development this term.

But, whatever happens on Sunday and in Madrid next month, the German already has an eye on the improvements that will be imperative to ensure Liverpool compete again next season.

He added: “My vision was never a finished article. I never thought we have to be here or there because I know football is constantly changing. It is all about being stable on the highest possible level – that is my wish.

“It’s not about what kind of football can we play. I am perfectly happy with the big steps we made in different departments of the game.

“We used to struggle in the past with game management and then at the beginning of the season we had moments when we were 1-0 up and it looked like we were calming the game down completely when people wanted more football because they were not used to it. But we had to make steps.

“You cannot rest in football, never. We have a really full toolbox with football tools. With our help, the boys use the right tools in the right moments. We have to make an ever bigger one for the next few years because nobody sleeps in this business.

“When we face each other, it’s not 20 points, it’s about a moment here or there, but consistency has made the difference points-wise. That’s what we have to make sure in the future too.”