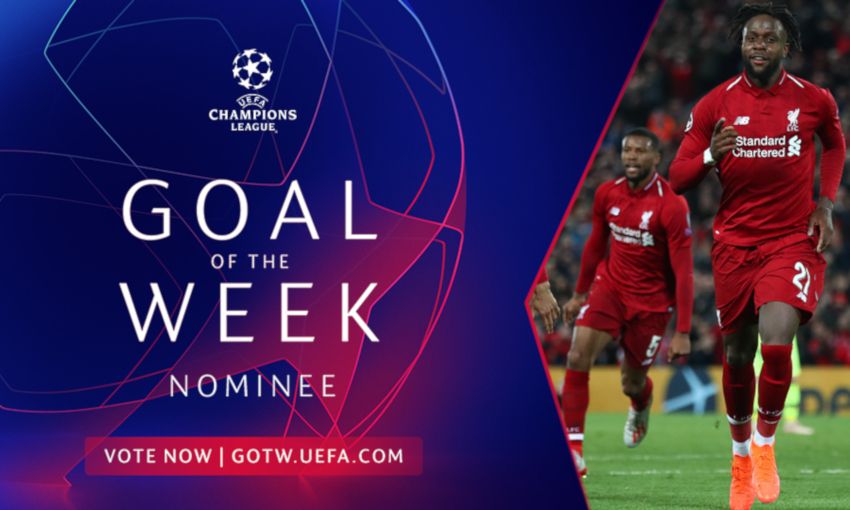 Divock Origi’s decisive strike in Liverpool’s 4-0 win over FC Barcelona on Tuesday has been nominated for the Champions League Goal of the Week prize.

Trent Alexander-Arnold’s ingenious quickly-taken corner allowed the Belgian forward to sweep in the Reds’ fourth of a glorious night at Anfield – and book a trip to next month’s final in Madrid.

Vote for him to win by clicking here.