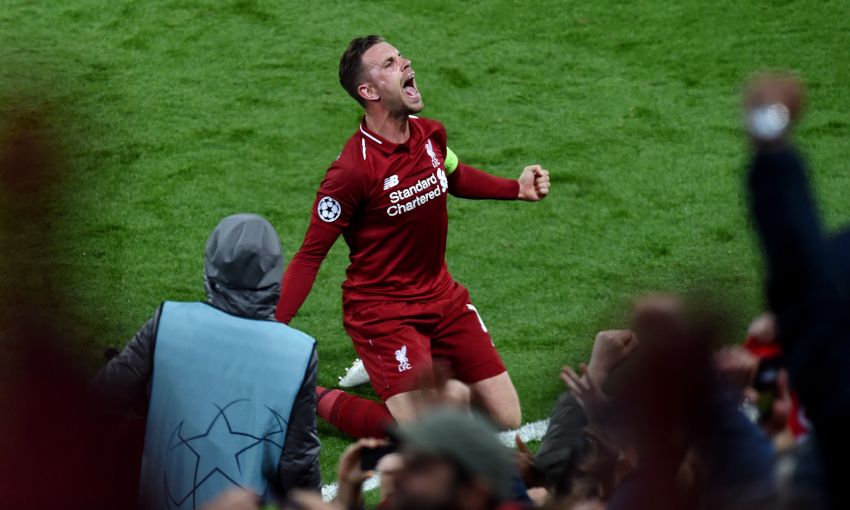 Jordan Henderson cited Liverpool's belief as the key factor in their sensational 4-0 victory over FC Barcelona to reach the Champions League final.

Three goals down after the first leg at Camp Nou, the Reds produced the perfect performance to register the four unanswered strikes they needed at Anfield to book a place in next month’s showpiece in Madrid.

“I don’t think many people gave us a chance. Before the game, we knew it would be difficult but it was still possible for us. The belief we’ve got in the changing room is amazing, as you can see.

“We knew, at Anfield, we could pull something special off. It’s unbelievable. With the fans, all the lads, it’s a special night at Anfield like we’ve seen before – but this one is right up there with the best.”

Origi started the comeback on aggregate with a seventh-minute opener, converting a rebound after Marc-Andre ter Stegen had saved Henderson’s low shot.

But it was Wijnaldum’s two goals in 122 seconds at the Kop end that changed the complexion of the tie, before Trent Alexander-Arnold’s ingenious corner set up Origi for the crucial fourth.

“We wanted to start fast,” said Henderson. “We got an early goal, which helped, but it wasn’t just the goal, it was the overall getting after them and putting them under pressure.

“They’re a fantastic team but we knew if we did everything, showed a bit of personality and showed heart, we’d have a chance to get something.

“I can’t speak highly enough of the players, the manager, the staff… everybody – unbelievable.”