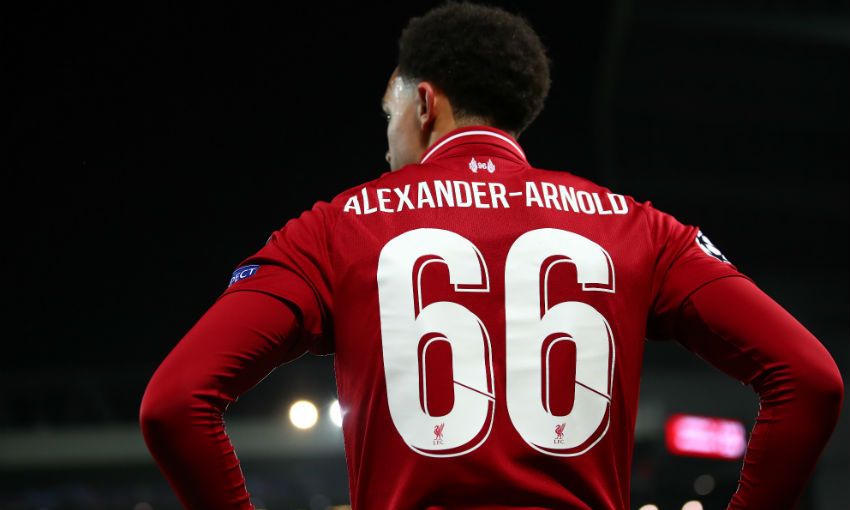 Trent Alexander-Arnold is hoping the biggest week of his career starts with a miracle.

A season-defining period for Liverpool begins with the visit of Barcelona for Tuesday’s Champions League semi-final second leg, before the Premier League season concludes when Wolverhampton Wanderers come to Anfield on Sunday.

Last week’s 3-0 defeat at Camp Nou does, of course, mean the Reds’ hopes of reaching a second successive final in Europe’s top club competition are slim.

But a dramatic 3-2 victory at Newcastle United over the weekend ensured that Alexander-Arnold and his teammates will go into the last round of domestic games very much alive in the race for the title - and the 20-year-old has acknowledged the significance, both personal and collective, of the coming days.

Relaxed. Ready. Will give it everything. 🔴 #YNWA https://t.co/baqX97FsQV

“Definitely,” Alexander-Arnold told Liverpoolfc.com, when asked if it’s the most important week of his career to date.

“I think you’ve got a chance to make a Champions League final and then you’ve got the final week of the Premier League when you’re still in with a shot of winning the title, so these weeks don’t really come around that often - but hopefully they will going forward.

“I think it’s probably going to be the biggest week for all of us, but it’s these types of occasions that you want to be part of, especially with this club.

“It’s somewhere that the club should be most seasons, so it’s good that the club is back there where it belongs. We just want to be as successful as possible as a team.

“We know it’s probably out of our hands in terms of the league, but in the Champions League we’ve still got that small, little glimmer of hope and we’re going to fight until the very end for that.”

By common consent, the result of last Wednesday’s first leg in Spain was not an accurate portrayal of how the 90 minutes unfolded.

Liverpool had more shots on goal and a higher percentage of possession than their hosts, but were undone by the clinical brilliance of Lionel Messi and Luis Suarez.

Alexander-Arnold continued: “We kind of dominated them on their home turf and that’s not something many teams can say that they have done, if any.

“But we got punished. It’s a cruel game but it is what it is - we’ve done it to many a team before when we’ve probably not played the best but we’ve dug deep and got a result that’s important.

“They’ve got a really good advantage coming here, but like I said there is still that glimmer of hope. We’ve got the players to be able to hurt them and score goals, so I’m sure that everyone will be giving it everything they can to make tomorrow a really special night.” 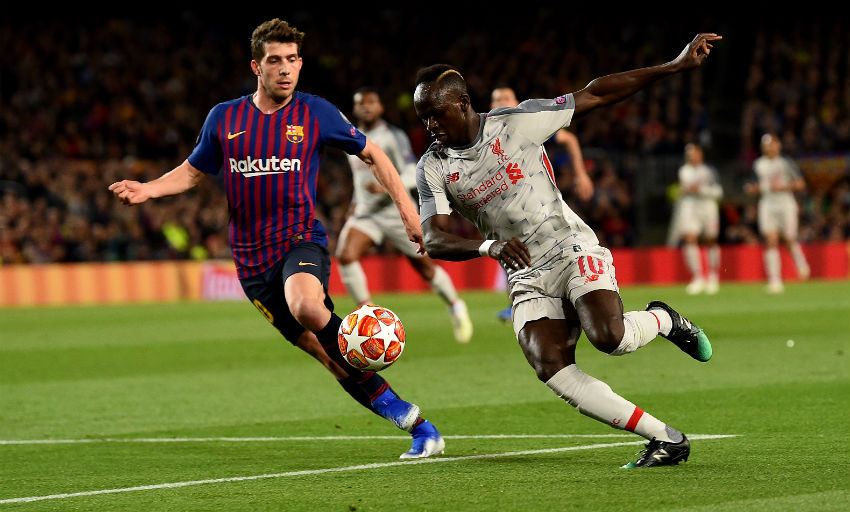 Does the fact the Reds played so positively at one of the continent’s most fearsome arenas prove how much they have developed as a team in recent times?

“Yeah, definitely,” the right-back, who was among the substitutes at Camp Nou, asserted.

“I think if you look back maybe two or three seasons ago you would have said that there’s no chance we’d even be in with a sniff, but over the course of the season we’ve shown how good a team we are.

“We’ve been one of the most consistent teams in the world and we’ve had the results to back that up as well. If we’re going on performance then we’re all really pleased with the way Barcelona went, but in terms of the result we were all gutted.

“It’s never good to be so far behind going into a second leg, but we’ve seen miracles happen before at Anfield so we’ll be hoping for that again tomorrow.”

In terms of Liverpool’s strategy on Tuesday, Alexander-Arnold feels it necessary to adopt a high-risk, high-reward approach.

“Obviously we know conceding would be disastrous for us, but if it happens it happens - we can only give it as much as what we’ve got,” he said.

“We’ve got to give it everything and if that means leaving ourselves vulnerable at the back then so be it. We back ourselves to be able to defend in two-v-one situations and being outnumbered, but it’s all worth the risk really: we’ve got to take that risk to get the reward.

“It’ll probably be a high-risk game for us but it’s something that we have to do, we’ve put ourselves in that situation so we’ve got to take it on our chins and see what happens tomorrow.”

Alexander-Arnold has first-hand experience of logic-defying European nights in L4 both as a player and a supporter.

He knows, then, that Anfield is a place where the improbable can become a reality.

“I’d say it’s probably one of a handful of stadiums where people never write things off because it’s just got that history of special nights and special results happening,” the Scouser and lifelong Red stated.