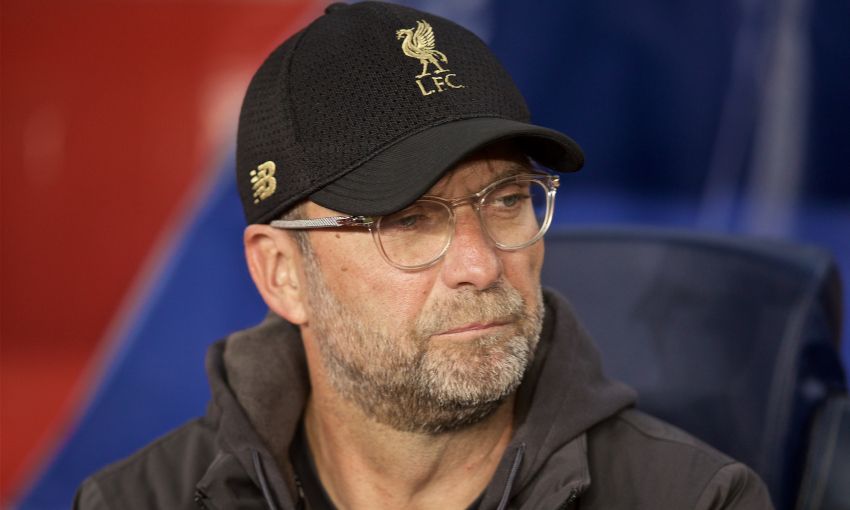 Jürgen Klopp accepts Liverpool face a ‘big challenge’ as they attempt to overturn a three-goal first-leg deficit against FC Barcelona tonight – but insisted his side are not finished in the tie.

Despite a strong display, the Reds suffered a 3-0 reversal in last week’s first meeting at Camp Nou after a Lionel Messi brace added to Luis Suarez’s opener.

Klopp acknowledged in the immediate aftermath of the contest that it would be a big ask for his side to stage a comeback against Barcelona – sentiments he reiterated in the run up to kick off this evening.

However, the manager feels given the strength of his squad’s collective mentality, nobody is ready to give up on the idea of making next month’s final in Madrid.

Klopp wrote in his column for the official matchday programme: "Everyone inside the stadium tonight who has Liverpool in their hearts knows the scale of the task we face.

"It’s not just about winning the ‘game’ – we are here tonight to win a ‘tie’ and because of what happened in Spain that will be a big challenge. I said immediately after the first game it was not a time for shouting our mouth off about what might happen back in England – “half-time” this and “second leg” that. I still feel this, to be honest. Words and phrases won’t win us this contest.

"Our fans are smart – so are Barca supporters. The situation is the situation. They have a lead and we need to strike back. But both clubs being smart also means everyone knows we are not finished and we are Liverpool. So: let’s play and let’s see.

"It really is the story of this team and this amazing group of players. After Newcastle on Saturday night I literally have no more new expressions to use to demonstrate my love and admiration for them collectively and as individuals. What they give for this club – really, it is only to admire. I described them after Southampton away as “mentality monsters”… I used another more inappropriate word before ‘mentality’ but the sentiment is as strong without it. If what they did at Southampton made them mentality monsters, what they did at Newcastle makes them giants.

"To play a game like we did last Wednesday, against the opponent we did and suffer the circumstances we did – and then to just have one short session to prepare for the weekend – and then do what we did at Newcastle. These boys are giants!

"Regardless of what happens in these remaining games – and regardless of whether our season concludes on Sunday or goes to June 1 in Madrid – this is a season of achievement for my boys. For this set of players, failure is now off the table. And here is why: they have taken it off the table with what they have done. They have not conceded or submitted at any point. Every challenge met head-on. No-one here believes and no-one will accept our journey is over and we have not got to where we want. That’s regardless of what happens in these remaining days and maybe weeks.

"Our journey continues and it continues together – beyond this campaign. This season they have achieved so much and yet they are still hungry. In Newcastle we faced a side playing with the motivation and drive the likes of which is usually reserved for season deciders. Newcastle played like their very futures were on the line. They played like we had affronted them, stolen from them. But we found the extra yard – we went further, we battled harder, we refused to lay down and say enough.

"The players could have been forgiven for thinking the tank was empty but they didn’t and don’t. They still find the fuel. This is why this group can only be judged against their achievements.

"No-one wants to deliver more than the boys in our dressing room. I’ve spoken before that wanting something isn’t enough on it’s own – and my god, do our boys go beyond just wanting. Tonight we ask of our boys to go again. Dig even deeper than they have already. The amazing thing is that they need no words, no encouragement, no outside motivation. They don’t seek excuses.

"They are ready – they want this opportunity. They want to go again and never stop. They have their own answers. This is why they are giants."