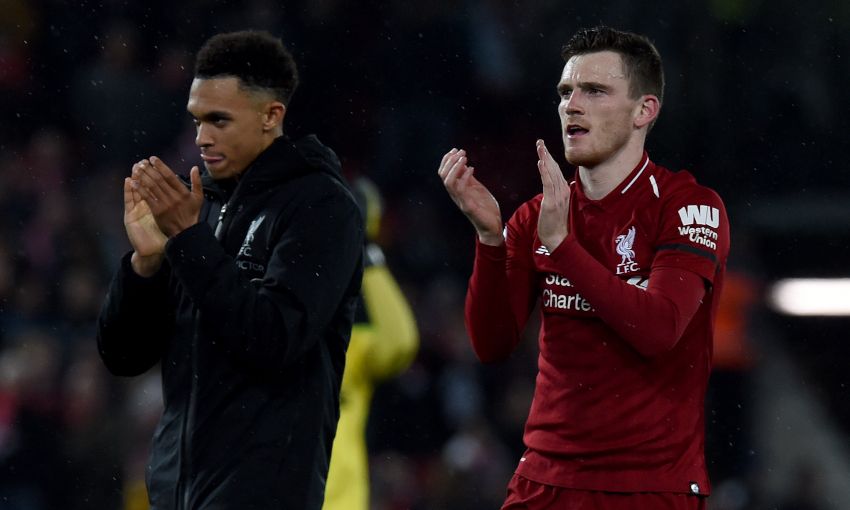 Trent Alexander-Arnold and Andy Robertson have made Premier League history with their incredible haul of assists this season.

Alexander-Arnold created two Liverpool goals in Saturday night’s 3-2 victory at Newcastle United to increase his league tally to 11 in 2018-19.

The No.66 whipped in a corner for Virgil van Dijk to put the visitors ahead at St. James’ Park and then dug out a sublime cross that Mohamed Salah nudged into the net.

It is the first time in Premier League history that two defenders from the same side have provided 10 or more assists each in a single season.