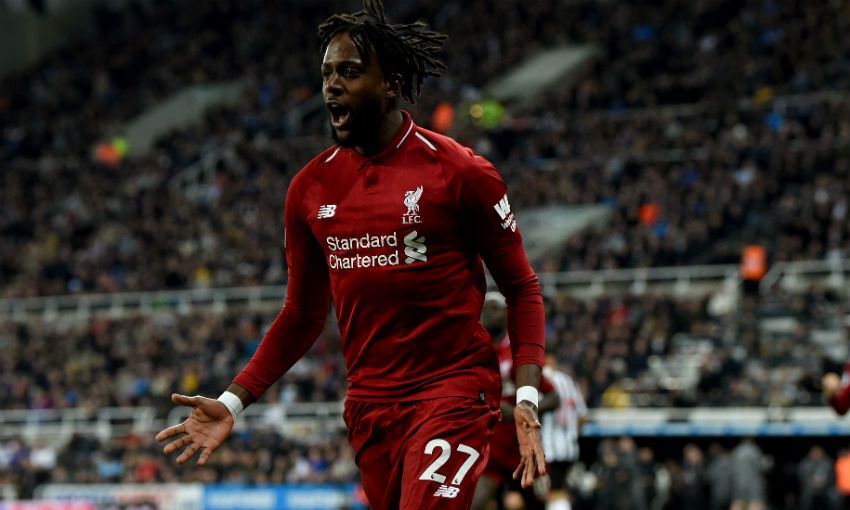 Divock Origi sent Liverpool back to the top of the Premier League with a late winner that settled a pulsating meeting with Newcastle United 3-2 in the Reds’ favour.

However, Origi - brought on in place of Salah, who was stretchered off following a collision with Martin Dubravka in the second half - dramatically snatched victory by glancing home Xherdan Shaqiri’s 86th-minute free-kick.

The win moves Liverpool onto 94 points - two clear of Manchester City, whose 37th match of the campaign comes on Monday when they host Leicester City.

Alex Oxlade-Chamberlain was back among the substitutes, but Roberto Firmino missed out due to his muscle injury.

With the expected pattern of Liverpool dominating possession against a deep-lying home defence established early, it took a Reds counter-punch from a rare early foray forward by the hosts to carve out the game’s first opening.

A stunning Sturridge pass began a rapid break that ended with Salah slicing a shot wide after being found by Andy Robertson’s cross.

Two minutes later, though, the visitors did lead courtesy of Van Dijk, who planted his downward header beyond Dubravka from Alexander-Arnold’s out-swinging corner. 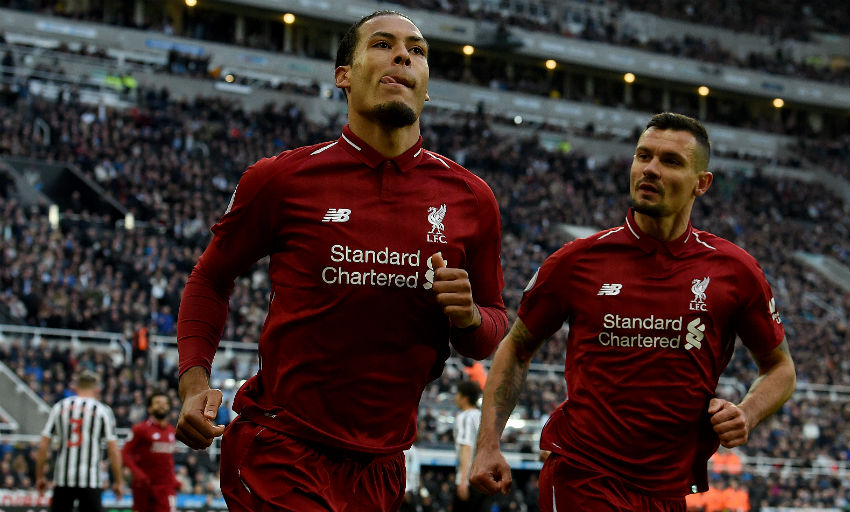 Firmly in the ascendancy, Liverpool immediately sought a second and Sadio Mane nearly found himself clean through on Dubravka, only for the No.10 to overrun his dribble into the box.

But, by the 20th minute, Newcastle were on terms.

Matt Ritchie inadvertently found Rondon with a mis-hit shot and, although Alexander-Arnold got back to block the striker’s shot on the goalline, Atsu was on hand to smash in the rebound.

Suddenly, it was Rafael Benitez’s side who were on top as the home fans raised the decibel level and Ayoze Perez’s snap-shot rattled Alisson Becker’s crossbar midway through the half.

Reprieved, the Reds struck back.

Sturridge found a route out of the corner with a cute backheel to Alexander-Arnold, whose fine first-time delivery was converted expertly via a right-footed volley by Salah to take the right-back level with Robertson on 11 Premier League assists this season.

The breathless tempo of the first half an hour subsided somewhat thereafter, but the attacking threat was all Liverpool’s and Mane, slipped in by Salah, was denied by Dubravka as he attempted to lift an effort over the goalkeeper from close range.

Alisson’s quick reactions enabled the Brazilian to get down well to save from Rondon when Newcastle’s No.9 swivelled and shot low soon after the restart.

And that spurned chance was brought into sharper focus nine minutes into the half, when Rondon rifled a hopeful ball back into the penalty area following a corner into the net.

A wild, end-to-end 10 minutes ensued, with Klopp’s decision to summon Shaqiri from the bench perhaps an indication of the boss’ intention to regain an element of control.

The game was then brought to a worrying, and lengthy, pause when Salah was carried off due to an apparent head injury.

That break stymied the fast-paced flow of proceedings temporarily, but Origi, substituted on in Salah’s stead, had the final say with a header that ensures the Premier League title race will go down to the final day of the season.