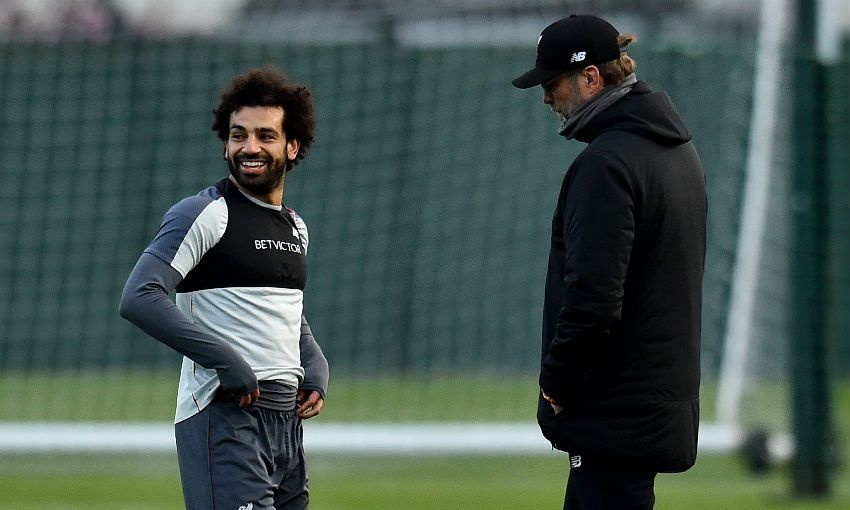 Mohamed Salah is fit and raring to go for Liverpool's Premier League encounter with Huddersfield Town on Friday night after his visit to New York City, according to Jürgen Klopp.

The Egyptian attended the TIME 100 Gala in New York earlier this week after the magazine recognised him as one of the 100 most influential people in the world.

Speaking at a press conference on Thursday to preview the Huddersfield affair, Klopp said: "Travelling these days is no problem anymore.

"It would be more of a problem if his car was broken and he had to walk from here! That’s pretty comfortable.

“I’m very proud of that because people in football we are obviously on television and in newspapers a lot, and most of the time we don’t say very smart things.

"But Mo is a very smart person and is very influential in his role as well - he’s had a couple of really good things.

“So I was completely fine. We always say football is not the most important thing in the world, but in moments when you have to prove it, then you have to be there, and that means of course he can miss one session.

"Today he will be in training and everything will be fine again.”

The Reds boss even admitted to being slightly jealous after Salah was photographed alongside actors Rami Malek and Emilia Clarke, who plays Daenerys Targaryen in Game of Thrones.

“I saw a few pictures, he looked brilliant in his tuxedo and I saw that he met a lot of famous people," Klopp added. "Mrs Targaryen, she was there as well.

"If he would have asked me, maybe I would have joined him, but he didn’t.

“So it was obviously a very interesting and very good experience. Now he’s back and everything will be fine.”