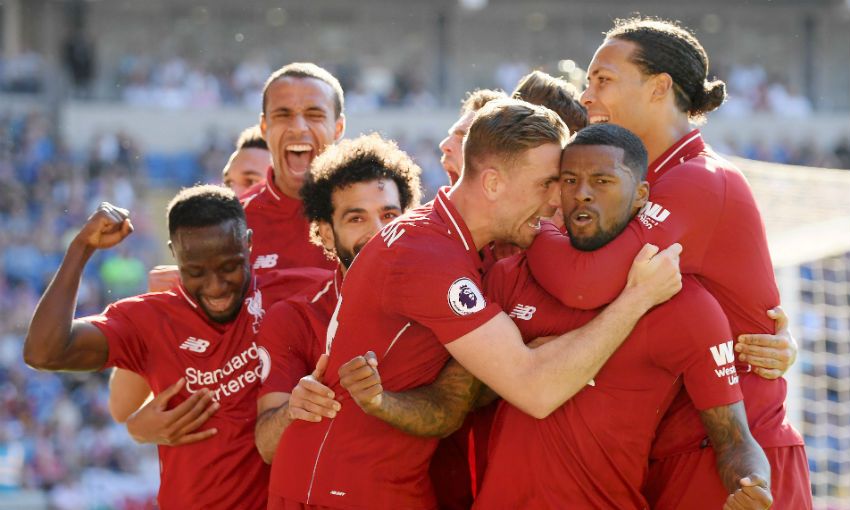 Jürgen Klopp welcomed the news that four of his Liverpool players were named in the PFA Premier League Team of the Year, but felt there could have easily been many more included.

It was revealed on Thursday that Trent Alexander-Arnold, Virgil van Dijk, Andy Robertson and Sadio Mane are in the XI for the 2018-19 campaign after a poll of all top-flight players.

That quartet have helped the Reds amass 88 points so far this term - the most the club have ever had in the Premier League - and Klopp felt the recognition from their peers was very much warranted.

"It is impressive, it is good and deserved as well," the Liverpool manager said at a press conference.

"For me, my team is the team of the season anyway. That's true because there could have been - from my point of view - four, five, six or seven more players involved because they played an outstanding season in so many moments.

"But of course the players in the Premier League make the decision, so that’s then the most honest competition of the year.

"Even when the players don't watch all the games, they probably watch, most of the time, the summaries, so it is even more special when you come in a team of the year.

"As a defender then it's mostly of the players they played against and felt obviously quite uncomfortable and thought, 'It was not easy today'. That's cool and so deserved."

Mohamed Salah and Georginio Wijnaldum were two names Klopp pointed out as being unfortunate not to find a place in the side.

Salah is currently joint-top of the scoring charts in the league this season, while Wijnaldum's midfield performances have drawn widespread praise.

Klopp continued: "Mo would have deserved it again. He's up there again with the top scorers, scored so many incredibly important goals for us.

"Gini plays an incredible season, 100 per cent. Hendo [Jordan Henderson] is in a shape where if they would vote today then he would probably be in and stuff like that, so it's good.

"But all the other players obviously deserve it as well. It is the players’ decision, so we have to accept it, but I'm really happy for them."