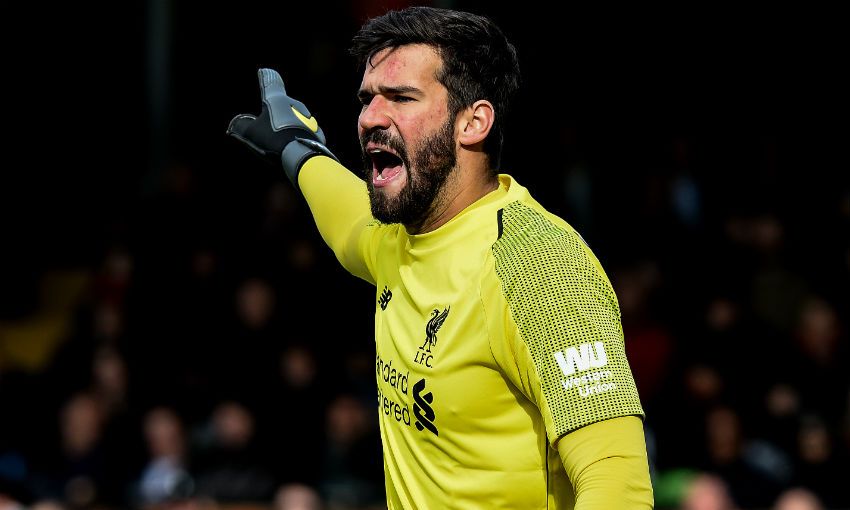 A need for perfection means there is no chance of Alisson Becker’s immediate focus being trained anywhere other than Cardiff City.

Liverpool visit the Welsh capital on Sunday for their fourth-last league game of a season in which domestic and European glory remain possible.

Victory over the Bluebirds would make sure the Reds end the weekend top of the Premier League, while their Champions League journey continued apace with an impressive 4-1 quarter-final second leg win at FC Porto on Wednesday.

The reward for a 6-1 aggregate success over the Portuguese champions is, of course, a mouth-watering last-four tie with FC Barcelona, the first leg of which takes place at Camp Nou on May 1.

Alisson, though, is looking no further ahead than the ‘great challenge’ of attempting to beat Cardiff - an outcome that would go some way to satisfying the goalkeeper’s desire for a flawless finish to the campaign.

Ahead of Sunday’s game, Liverpoolfc.com caught up with the Brazilian at Melwood. Read on for a full transcript of our interview… 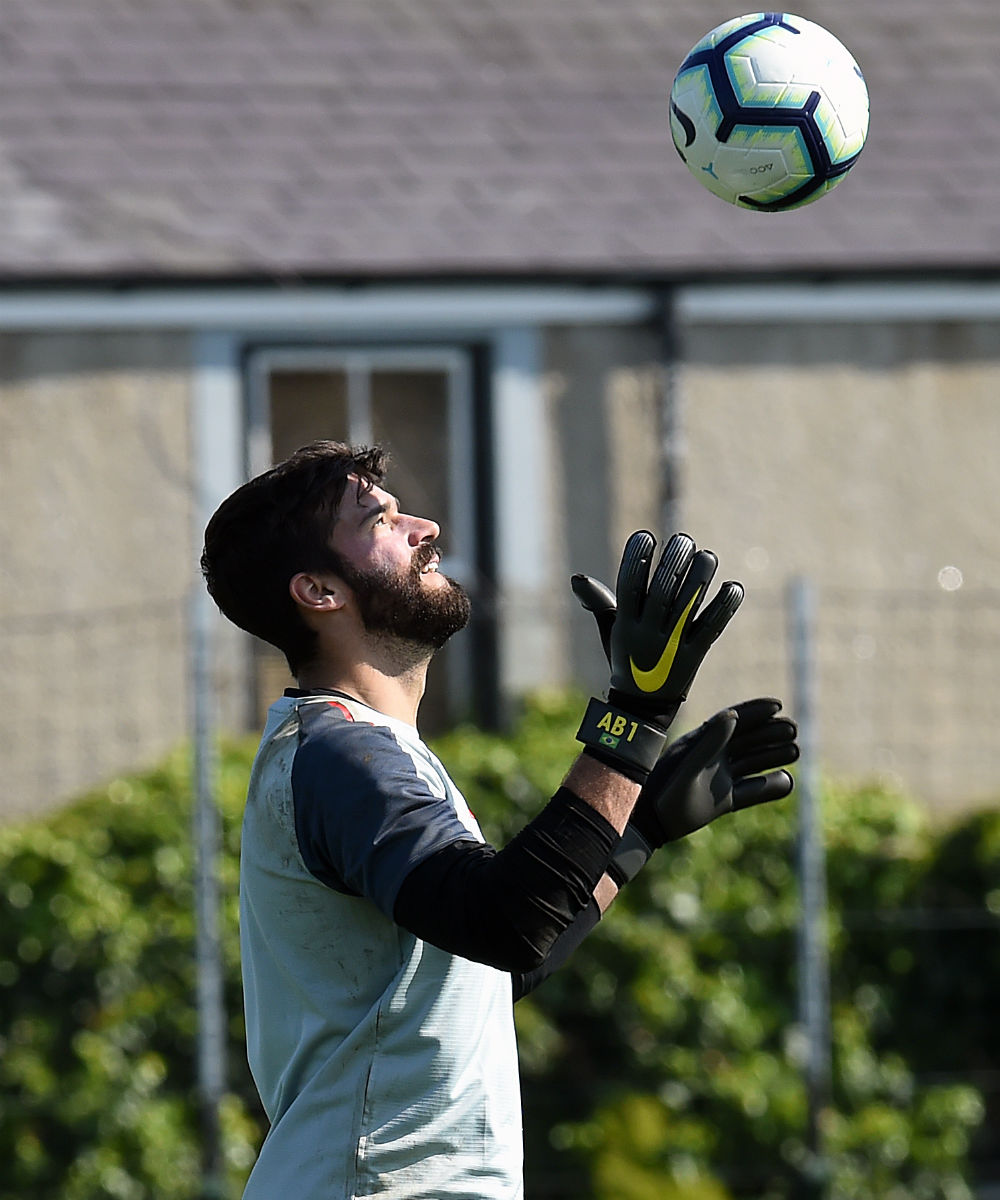 Understandably there’s a lot of excitement around the club about the upcoming matches against Barcelona, but is the focus in the dressing room now solely back on the Premier League and Cardiff?

“Definitely. Immediately after the game we were obviously really happy to have got through to the semi-finals, it’s a great achievement in the career of each individual player. But we have two simultaneous objectives: to win the Premier League and the Champions League, and our next challenge is Cardiff. I’m sure it’ll be a great challenge for us, we’re playing away and that’s always difficult in the Premier League. We’ll have to give 100 per cent on the pitch to get the desired victory.”

The victory at Porto was Liverpool’s eighth successive win in all competitions. What’s been the key to finding such a high level of consistency at the most important stage of the season?

“I think mentally we are a very strong team. In every game every player gives 100 per cent and also gives 100 per cent concentration, desire and determination so the technical quality of the players can stand out. The best thing about our team is that there is individual and collective quality, and this is really in evidence when you’re highly concentrated and full of desire on the pitch.”

Inside Porto | The story of another European night to savour

Every game, whether it’s in the Premier League or Champions League, is hugely significant now, but you and your teammates seem to be thriving under that pressure?

“I believe that every player has taken their responsibility to get us to where we are now: fighting for two titles. Now that we’re so close, everything we do needs to be perfect and [we need to] win all the remaining games. Obviously the Champions League is different, it’s a knockout competition - two games, 180 minutes - so our style and mindset is a bit different. But we need to do the same thing which is give 100 per cent on the pitch, and if we need to give a bit extra, we’re well prepared for that.”

Next up are Cardiff. They’re battling to avoid relegation and got a crucial win over Brighton and Hove Albion in midweek, so are you expecting them to be fired up on Sunday?

“Definitely. They’ve got their important objectives and we’ve got ours, so both sides will really be fighting. They’ll be highly focused, they’ll have the fans on their side, which is important at a time like this, but we have to handle the conditions there and win. It’s what we want and it’s what we’re going to fight for.” 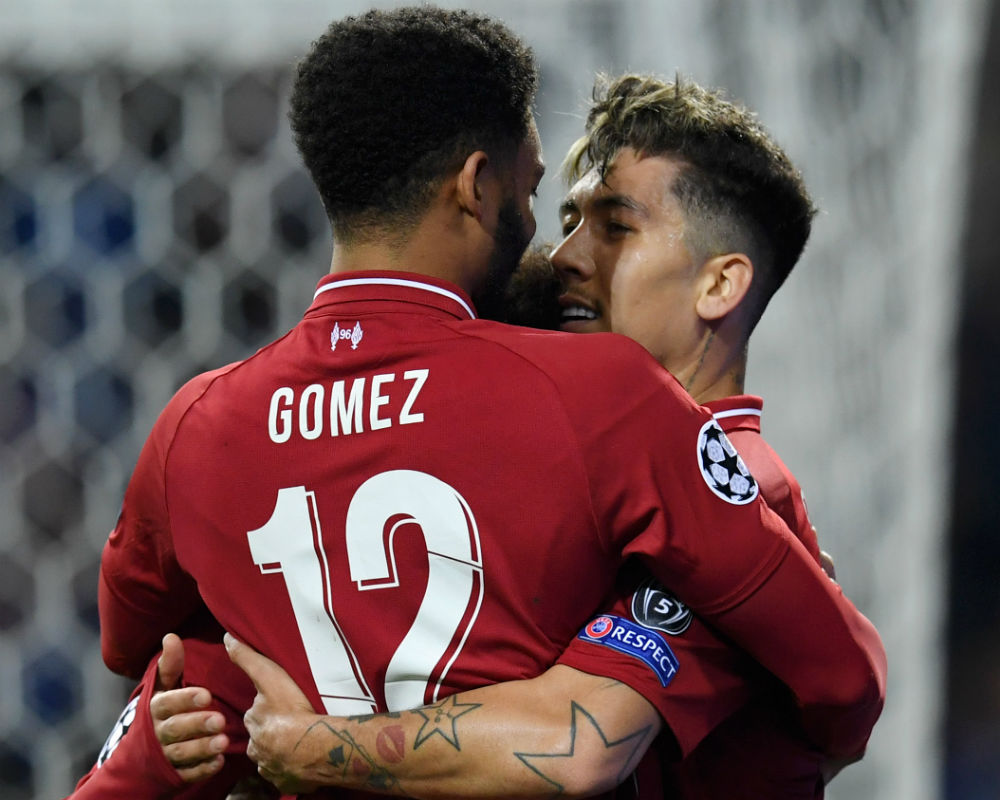 Joe Gomez made his first senior appearance since early December when he came off the bench versus Porto. How much of a boost is it to have him back?

“I’m really happy to see him back. He’s a top guy both on and off the pitch, 10 out of 10. He’s a great person that deserves the very best in his life. To be able to have him on the pitch is always great [and] he came on and made a great contribution against Porto. At the beginning of the year, before his injury, he was a really important player for us defensively. That’s part of football and he dealt with the setback really positively. He was out for longer than expected, but he was always a really positive influence in the dressing room, supporting us, being positive and showing a great desire to get back playing, which was clear for all to see on the pitch against Porto.”

Finally, your Roma team defeated Barcelona in incredible circumstances in last season's Champions League. Is there anything you learned from those games that you can pass on to your current teammates?

“I think there’s always something we can bring to the table, we’re constantly learning in life. It was an incredible experience to participate in the quarter-finals for Roma, losing the first leg 4-1 then winning 3-0 at home. I actually didn’t have too much to do in that game, my team put in a great defensive and attacking performance. If we are to beat Barcelona we will have to work very hard defensively. They’re a team with such a potent attack, not just up-front as there’s a lot of support coming from midfield. They’re a very organised team and they’re very strong at dead ball situations, so we’ll certainly have to give our everything to get through to the final.”