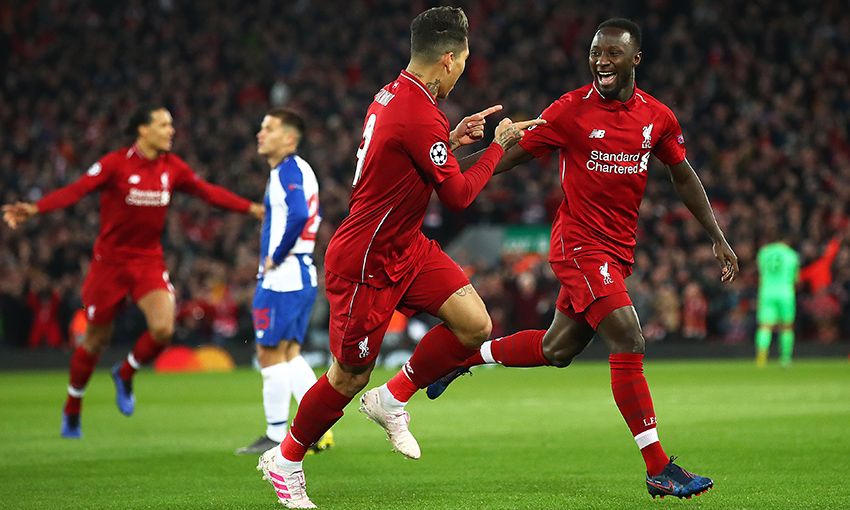 Liverpool will assure a place in the semi-finals of the Champions League if they can maintain their unbeaten record against FC Porto on Wednesday night.

The Reds head to Estadio do Dragao with a 2-0 advantage from their quarter-final first leg at Anfield and have not lost in seven meetings with the Portuguese outfit.

Liverpool have won four and drawn three of their clashes with Os Dragoes in all competitions and ran out 5-0 winners in Porto when they met in the last 16 of the Champions League last season. 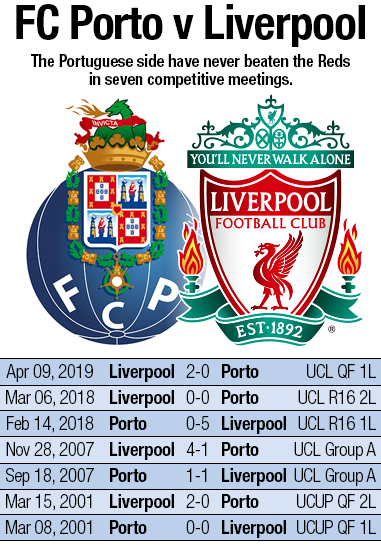 Liverpool have won 10 of their previous 14 European Cup quarter-finals, including four of the last five.

In Portugal, the Reds have won three of 11 visits. Aside from Porto last season, the other two successes came in European Cup quarter-finals against Benfica in 1978 and 1984 - they went on to win the competition on both occasions.

Liverpool have never been eliminated from European competition in seven previous ties after winning the first leg at Anfield by a 2-0 scoreline.

Jürgen Klopp has won 16 of 20 two-legged ties in European competition in his managerial career. He has never lost a two-legged tie as Liverpool manager in Europe, winning all nine. 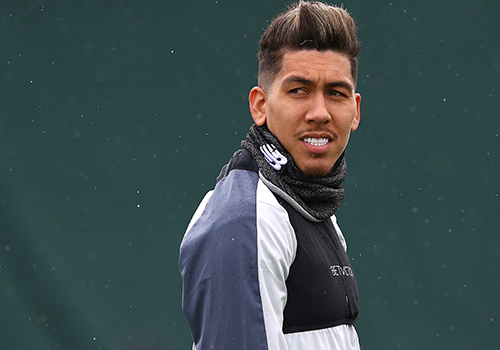 Roberto Firmino is the only player to have featured in all 37 of Klopp's European games in charge of the Reds.

The Brazilian's goal in last week's meeting with Porto was his 15th in Europe for Liverpool, one more than Mohamed Salah and two more than Sadio Mane.

Since the start of last season, only Cristiano Ronaldo has been involved in more Champions League goals than Firmino, who has had a hand in 21 (13 goals and eight assists).

Only one Liverpool player has scored more European Cup goals for the club than Salah and Firmino's tally of 14 - Steven Gerrard, who has 30. Ian Rush also has 14 with Mane one goal further behind.

Since his Champions League debut in September 2017, Alisson Becker has kept more clean sheets than any other goalkeeper in the competition, four of his nine coming with Liverpool and five with former club AS Roma.

Porto have failed to score against Liverpool in the last three encounters.

The Portuguese side have been drawn against English opposition on 19 previous occasions. At home they have won eight, with seven draws and four defeats - five of the draws have been goalless.