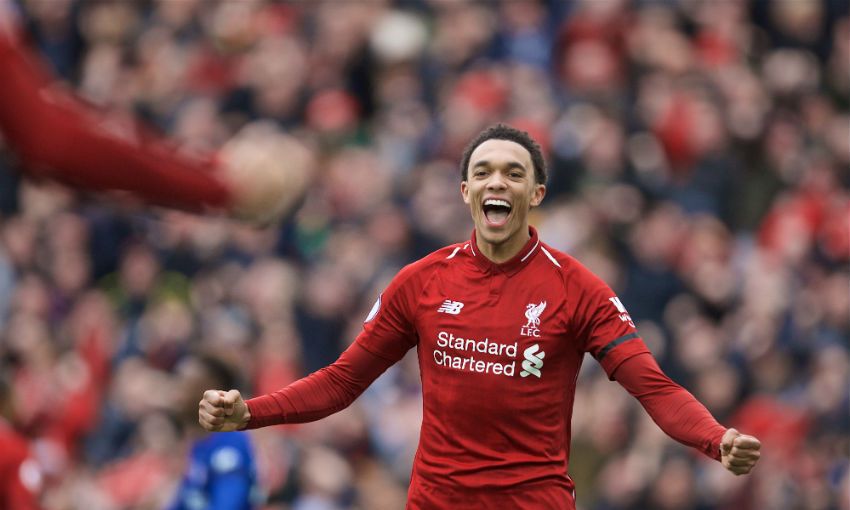 Trent Alexander-Arnold believes Liverpool's second-half showing against Chelsea was another sign of the side's ever-growing maturity.

After a goalless opening 45 minutes at Anfield on Sunday, Sadio Mane and Mohamed Salah scored within the space of 142 seconds to hand the Reds a vital 2-0 win.

Jürgen Klopp's men returned to the top of the Premier League with the victory, which Alexander-Arnold attributed to the quality and mentality within the squad.

"It was just finding that extra gear and obviously putting the hard work in and knowing that we'll create chances," the full-back told Liverpoolfc.com.

"I think the two goals, especially the second one, were world class. The first one was well worked - Hendo's stood a good ball up and Sadio has finished it.

"We showed that we're a really good side and that we're patient. That was the difference maybe. A few weeks ago we would have got frustrated, been a bit too forward and left ourselves vulnerable.

"But we took our time, we closed them out and never gave them too many chances. The second half we came out all guns blazing and finished them off."

Liverpool have no time to dwell on the Chelsea result as the second leg of their Champions League quarter-final with FC Porto arrives on Wednesday.

Alexander-Arnold, however, welcomes the demanding schedule, especially at a time when the Reds find themselves in such good form.

"It's always about momentum in football," he added. "When you're in amongst the wins and grinding out the results, you can't wait to get to the next game.

"Obviously we have fond memories of Porto last season, so we're looking to go there and hopefully replicate what we've done.

Trent Alexander-Arnold: 'We've made history - and now we want the points record'