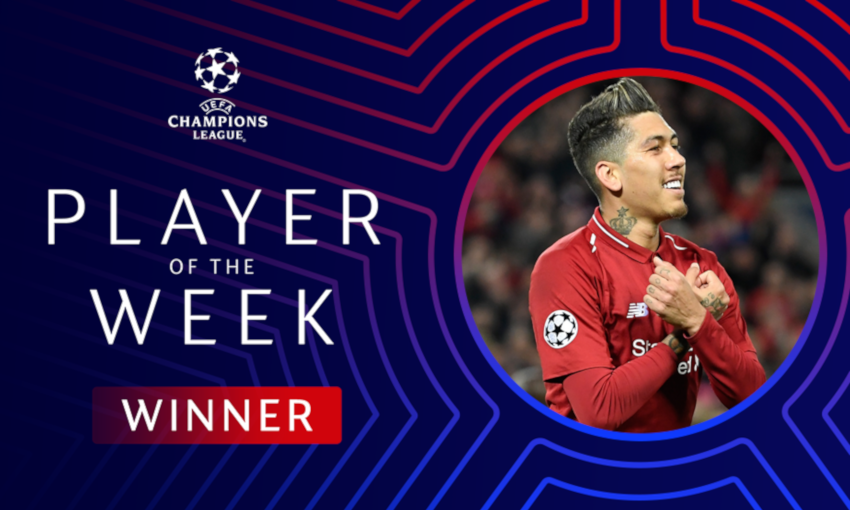 Roberto Firmino has won the Champions League Player of the Week award.

The Liverpool forward created the first and scored the second during Tuesday night’s 2-0 win over FC Porto at Anfield in their quarter-final tie.

The Reds take on Porto in the second leg of their last-eight clash at Estadio do Dragao next Wednesday.