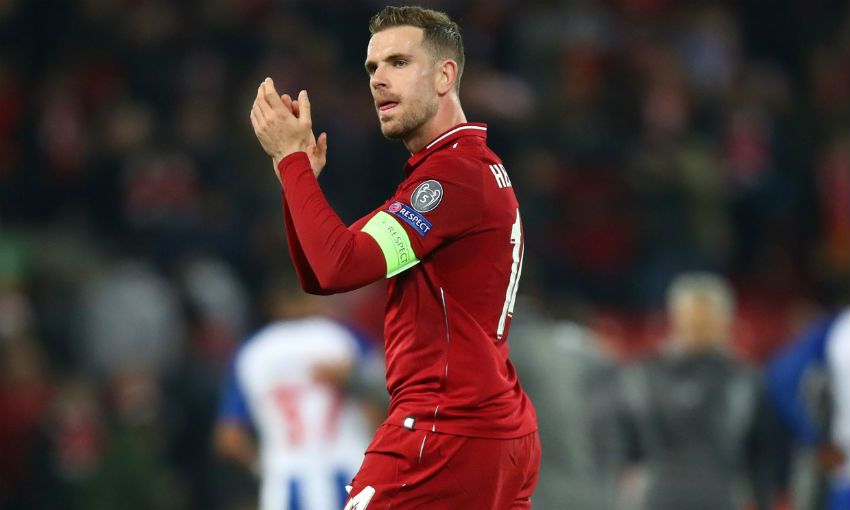 Jordan Henderson highlighted the positives of travelling to Portugal next week with a two-goal advantage despite admitting Liverpool sought more in the first leg of their Champions League quarter-final with FC Porto.

Goals from Naby Keita and Roberto Firmino put the Reds 2-0 ahead after 26 minutes of play at Anfield on Tuesday night.

Jürgen Klopp's side were unable to add to their lead after the half-time break, although Henderson pointed out the result was a job well done against a threatening opposition.

The captain told BT Sport: "They're a good team with good players. You can see that they're dangerous going forward. They had a couple of half-chances I think.

"But overall I think we've got to be pleased with the 2-0. There were some good moments in the game [but] obviously we can do better. 2-0, clean sheet - that's important."

Henderson added: "Obviously we wanted to come out in the second half and score one or two more if we could, but that wasn't the case.

"We didn't really create that much and it was a bit stop-start. We could have been a lot better in the second half.