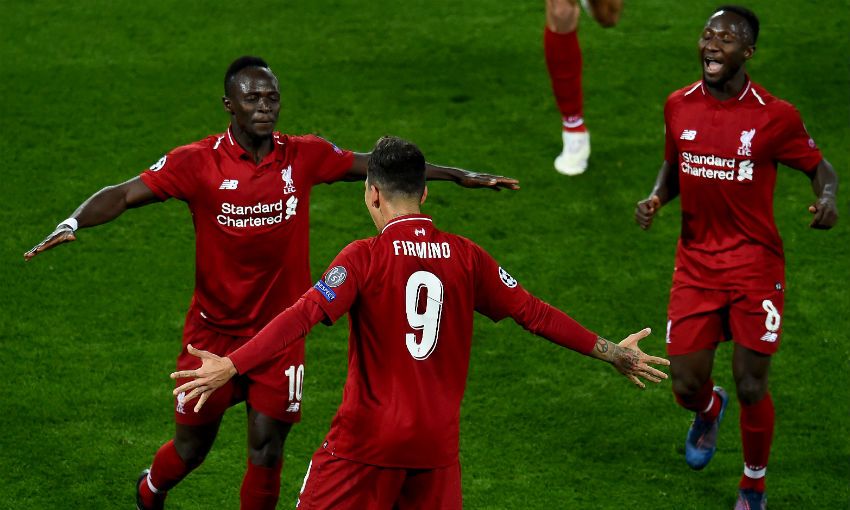 Naby Keita and Roberto Firmino scored first-half goals to give Liverpool a 2-0 advantage after the first leg of their Champions League quarter-final with FC Porto.

Keita opened the scoring at Anfield on Tuesday night after five minutes before Firmino doubled the lead with 26 minutes on the clock.

There was an extended period after Firmino's goal where all four corners of the ground continually sang the forward's 'Sim Senhor' song.

Anfield loves the Brazilian - and the feeling is very much mutual. The statistics show just that.

In his 11 Champions League matches at Anfield, the 27-year-old has played a starring role in 12 goals - scoring seven times and assisting five.

There is so much of Firmino's invaluable contribution that cannot be calculated so easily.

Anfield, however, continues to make it clear everything he does is appreciated.

Naby does it again

Just a few days after he opened his Liverpool account at Southampton, Keita grabbed his first Champions League goal for the Reds.

Instead of a leaping header at the back post, this one was a more typical midfielder's goal. 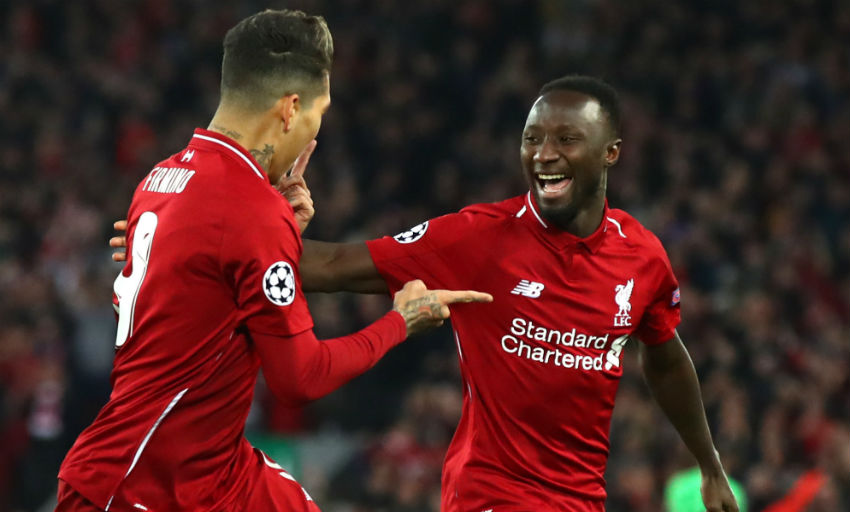 Sadio Mane crossed for Firmino before the No.9 laid the ball off. And there was Keita, perfectly positioned on the edge of the penalty area to meet Firmino's pass.

His strike took a deflection off Oliver Torres en route to the back of the net - not that it took the shine off for the Guinean, who impressed throughout the whole 90 minutes.

A solid base created

As they did in last season's quarter-final first leg at Anfield, when Manchester City were defeated, Liverpool denied their opponents what might have been a vital away goal.

Jürgen Klopp's side recorded their fourth-straight home clean sheet in this season's Champions League, and there were defensive efforts from all over the pitch.

Alisson Becker saved from Moussa Marega on the half-hour mark, while the back four were on hand to clear any other signs of danger.

Even Mohamed Salah got in on the action, too. The forward tracked back to thwart a potential Porto counter-attack midway through the first half to rapturous applause from the home fans.

Porto did have a number of opportunities on the night, but they will have to overturn a two-goal deficit at the Estadio do Dragao next Wednesday if they are to progress at the Reds' expense.

With Andy Robertson sitting out through suspension, Trent Alexander-Arnold capitalised on an opportunity to close the gap on his teammate in a long-running competition.

It was revealed earlier in the season that the duo were battling it out to see who could rack up the most assists in 2018-19.

One assist at Southampton and the final pass for Firmino's tap-in against Porto now sees Alexander-Arnold's tally at eight - just three behind Robertson.

Alexander-Arnold will feel he still has a chance to take the crown.

More of these nights to come

There was a fact that was - understandably - largely overlooked in the aftermath of the dramatic win at Southampton on Friday night.

The three points secured at St Mary's guaranteed Liverpool Champions League football next season. It's now the third campaign in a row that Anfield will host Europe's premier club competition.

There was the sense of a grand occasion here with the atmosphere before and during the game as Reds fans have more to look forward to in 2019-20. 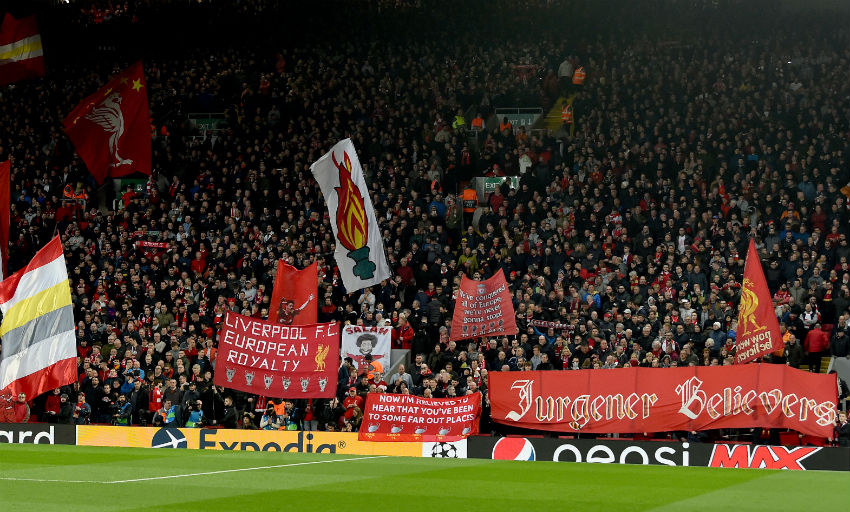