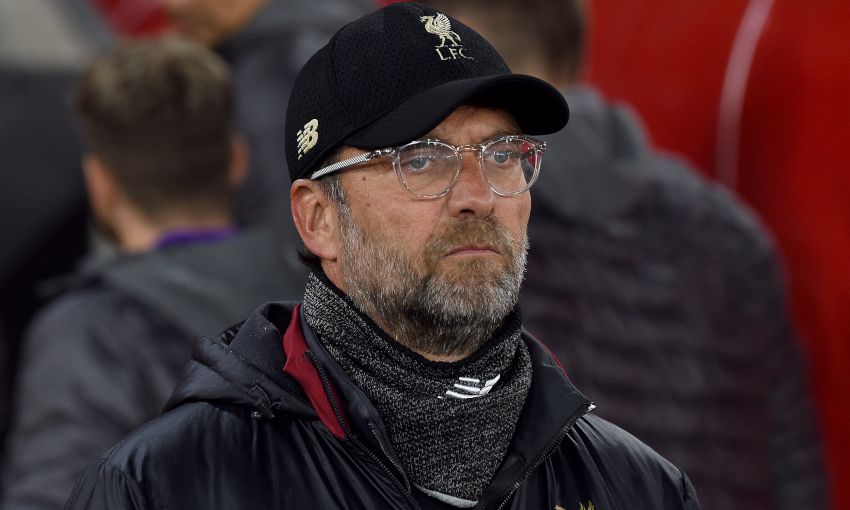 Jürgen Klopp believes FC Porto will sense 'an opportunity' to avenge last season's Champions League elimination at the hands of Liverpool tonight, but feels Anfield can give his side an edge in the first leg of the quarter-final tie.

The Reds defeated the Portuguese champions 5-0 at the Estadio do Dragao in the initial meeting of the last-16 encounter last term, before a goalless draw in the return on Merseyside assured safe passage into the next stage of the competition.

However, the manager feels Porto will use the memories of that experience as a catalyst to try to 'strike back' this time around.

Writing in his column in the official matchday programme, Klopp said: "Of course, it was only last season that Porto visited, so I'm sure all our visitors from Portugal will be re-acquainting themselves with the wonderful city of Liverpool. I heard last time they were the perfect visitors and I'm sure they will bring joy into Merseyside again as they see what this area has to offer.

"Sergio [Conceicao] continues to do an incredible job at Porto and like ourselves they are locked in a fascinating domestic title race against a very competitive opponent. We know from experience how difficult Roma are to progress against in the Champions League, so we only need to look at their last round to see their power and threat.

"I think the fact we met last season doesn't affect much for this game because everything is new and fresh. They are better, but then so are we.

"As a coach and a sportsperson I would guess the only real factor of influence would be greater motivation for Porto. Motivation actually isn't the right word – because this is the quarter-finals of the best club football competition in the world, so all remaining eight teams have maximum motivation already.

"Maybe opportunity is the right term. Facing us 12 months on gives them the opportunity to strike back, which in this competition you don't always get in the immediate season or seasons that follow. So we will be aware that Porto will have the maximum motivation plus extra and we know that makes an already outstanding football team even better.

"The good news for us is that we too are very focused and motivated and greedy to stay in this competition for as long as we possibly can. I think it makes for a great contest.

"I've mentioned before that the supporters were a key factor in our win against Spurs and there is no doubt we need them all at their best for this game. Our fans are knowledgeable and will know Porto have experience and quality in abundance and that Anfield needs to be on its toes for the entire 90 minutes to give us that added energy that can be our X-factor.

"I heard, after the Spurs game, the phrase that the Kop 'sucked the ball over the line'... There isn't really a German translation for this but I know the sentiment is based on willing the goal. I love this – really love this.

"It is true that the supporters can make the difference and even though I would love it to have been credited to Mo I am comfortable with it being chalked down as one for the Kop against Tottenham. The same passion tonight is what we need and I'm sure what we will get."