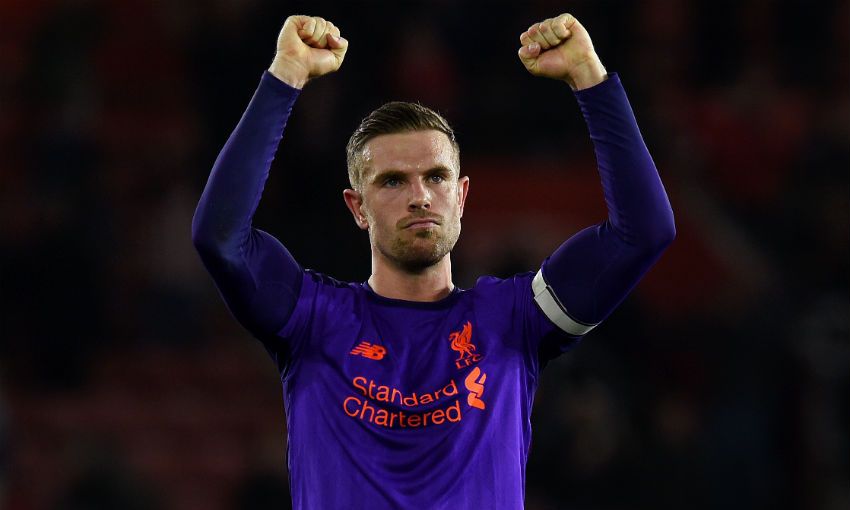 Jordan Henderson carried out exactly what Jürgen Klopp instructed when he was introduced in the second half of Liverpool's eventual 3-1 win at Southampton on Friday.

The captain and James Milner were brought on with 59 minutes on the clock at St Mary's and the scoreline finely poised at 1-1.

The duo's introduction had the desired impact as Mohamed Salah made it 2-1 before Henderson secured the three points with a well-worked goal four minutes from time.

Asked what the message from the boss was, Henderson told Liverpoolfc.com: "Make a difference.

"Use our experience and then make a difference. Help the lads, get them going because we were under a bit of pressure.

"I felt as though we did that coming on, but so did everybody else. We kept going right until the end and we kept fighting and thankfully we managed to score a couple of goals and win the game."

The turnaround on the south coast put Liverpool back on top of the Premier League once again.

For the third consecutive top-flight match, the Reds came away with a vital victory having been faced with the prospect of dropping points.

"The manager has been big on that," Henderson added. "He was big on that when he first came in a few years ago - that no matter what happens in the game, we still fight right until the very end.

"That is what we have been doing for a long time now and we need to keep that mentality going and not stopping until that final whistle goes.

"To go 3-1 up and kill the game off really was a big moment and a big result for us. That’s the most important thing, but going a goal behind we were really pleased that we managed to keep going and stay in the game.

"It was a must-win [game], we knew that, so it’s a big result for us going forward."