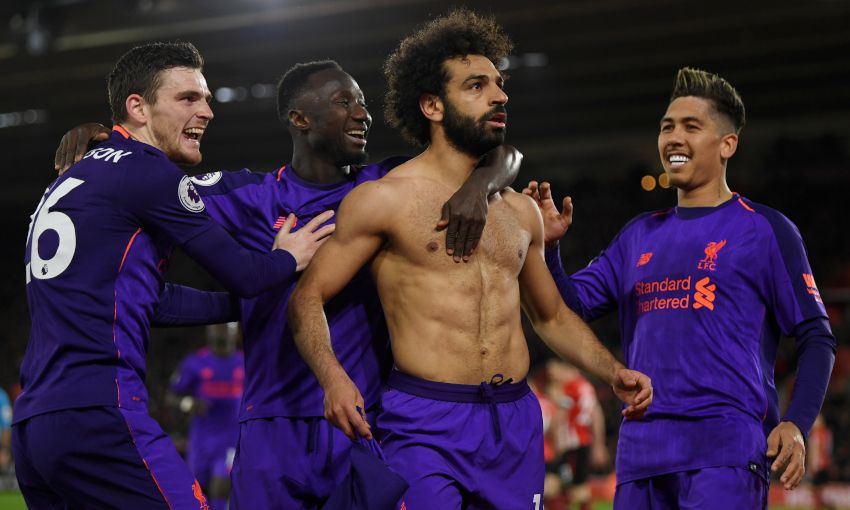 Late strikes from Mohamed Salah and Jordan Henderson sent Liverpool back to the Premier League summit with a 3-1 comeback win at Southampton on Friday night.

Salah ran the length of the opposition half to slot a finish into the right corner on 80 minutes and Henderson tucked the third home six minutes later to settle another hard-fought result for Jürgen Klopp’s team.

Shane Long had opened the scoring for Saints in the ninth minute with a clinical, low drive past Alisson Becker, but Naby Keita’s first goal for the Reds restored parity before the break.

The final score meant Liverpool moved back above Manchester City at the top, two points clear having played one match more than the reigning champions.

Klopp made two changes to the side that started last weekend’s win over Tottenham Hotspur, with Fabinho and Keita brought into the XI in place of Henderson and James Milner.

Virgil van Dijk captained Liverpool at the home of his former club.

There was an open feel to the contest from the off and it was the hosts who capitalised to take the lead with just nine minutes on the clock.

Ryan Bertrand’s lofted cross from the left flank was flicked on by Pierre-Emile Hojbjerg for Long to calmly collect in the middle of the area and knock a finish into the bottom left corner from six yards out.

The breakthrough was a fillip for Saints players and fans alike, and the home team were encouraged to test Liverpool’s resolve in the immediate aftermath.

Klopp’s men might have levelled in the 16th minute, however.

Joel Matip’s surge forward created space and when Salah eventually dinked in a cross for Sadio Mane, the No.10’s downward header was pushed away by Angus Gunn and Keita could only skew the rebound wide. 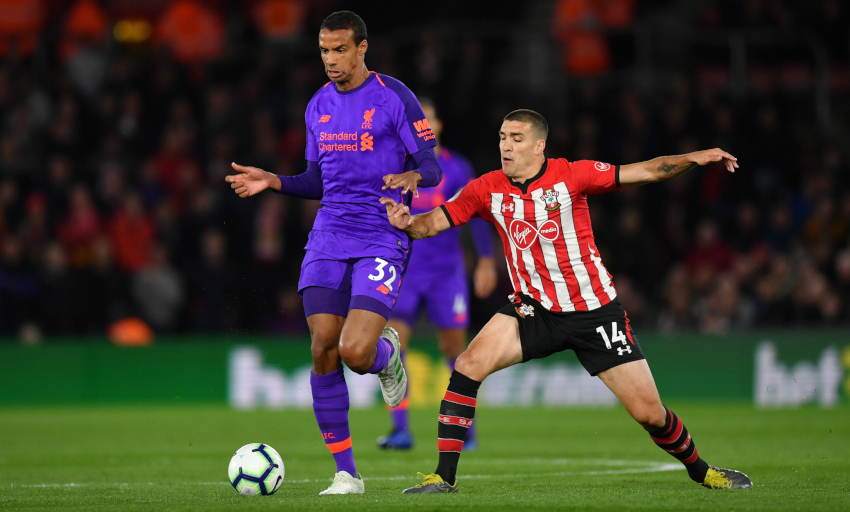 Van Dijk then had to lift a clearance over his own crossbar when another delivery from the left wing was nudged along its path by an unmarked Long.

From there, the Reds – wearing purple – pressed and probed without incision, until the 36th minute.

Salah was sprung in behind to get the visitors on the front foot and after an Andy Robertson cross reached Trent Alexander-Arnold on the opposite side, the full-back astutely picked out Keita’s run into the box and the midfielder guided a header over the line despite Gunn’s touch.

Mane was unable to connect properly with a precise Roberto Firmino tee-up to the centre within moments, so the teams returned to the dressing rooms level at the interval. 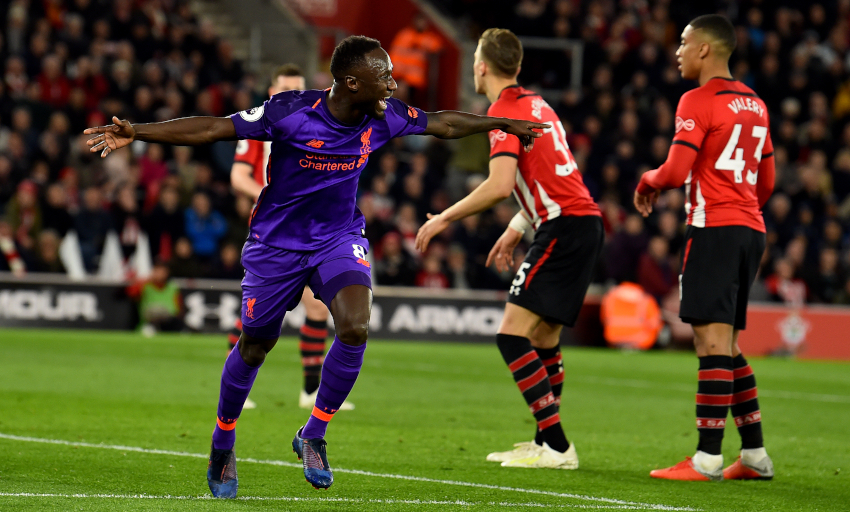 Southampton continued to cause problems from the re-start and Matip defended well as Nathan Redmond sprinted at him one-on-one, a timely tackle enough to eliminate the danger.

Klopp’s response was to send on Henderson and Milner for Alexander-Arnold and Georginio Wijnaldum, just shy of the hour mark. Milner took up the right-back position.

By now Liverpool were dictating the game and Firmino was disappointed to miscue his finish when Mane dribbled past Jan Bednarek down the left and pulled the ball back into the area to his teammate.

The Brazilian was then unlucky to see a close-range prod blocked by Maya Yoshida having pulled Keita’s cross to the middle over Jannik Vestergaard and turned to shoot.

But Liverpool found the goal they needed on 80 minutes.

A cleared Southampton corner was quickly and intelligently headed forward by Henderson and Salah seized the moment, driving at the lone defender in his way and reaching the edge of the box before clipping a strike beyond Gunn.

And the visitors guaranteed three more crucial points when Firmino snuck into the right channel, stood up his marker and squared for the supporting Henderson to convert and send the nearby travelling fans wild.