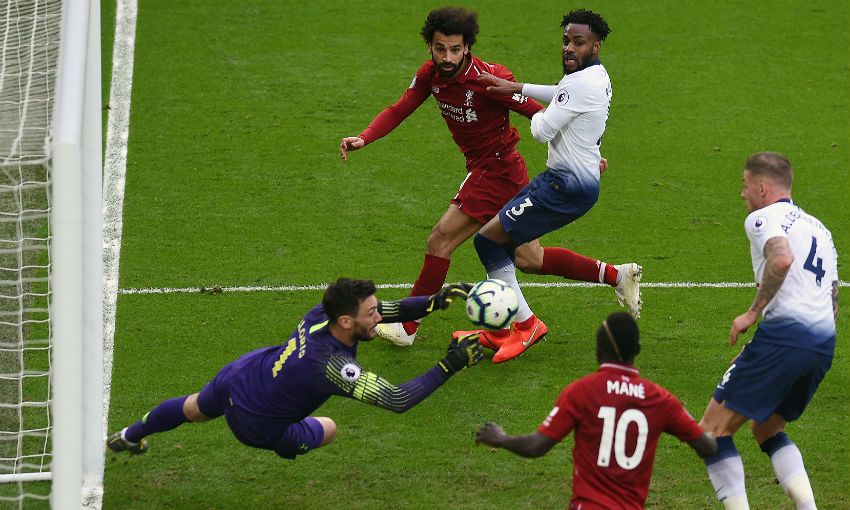 Toby Alderweireld’s 90th-minute own goal, which settled last Sunday’s match at Anfield in the home team’s favour, was brought about by a back-post header by Salah that Hugo Lloris palmed away.

And Klopp has explained how the No.11’s presence inside the penalty area as play proceeded following a corner was not accidental.

“You could see of course that in the end it was an own goal but it was his decisive header that forced the opponent into an own goal and it was a big relief,” the boss said.

“It felt like it was his goal, it felt for me like it’s his goal so it’s not important if it counts or not, it’s only important that you are again in the right position.

“I have to say of course how the ball went in was, of course, luck, or unlucky for Tottenham, but that Mo was in that situation, that came from the training ground.

“That was what we did, we wanted him to be in that position after the second ball because usually around set-pieces Mo is not in the box and in this moment he was in the box. That the cross came there to the second-post area and that Mo was there, that is a big part of the goal as well.

“So I was really pleased when I watched it back, much more than when I saw it in the 90 minutes.”

Despite not scoring in his last eight appearances for the Reds, Salah still has 20 goals to his name this season.

Sadio Mane has also netted 20 times in 2018-19, while Roberto Firmino’s opener versus Spurs took his tally for the campaign to 14 - and Klopp believes the attention being paid to the No.11 by opposition defenders is benefiting his teammates.

“One hundred per cent, that’s how it is. It’s always like this,” he stated.

“That’s impressive again and if you have only one with 40 and the others didn’t have that much then you think maybe we rely a bit too much on that and this year we don’t rely only on Mo’s goals.

“But he is still in a very good position in comparison to all the other players. Seventeen [league] goals at this moment in time as a number is completely fine and really OK, and there’s still a lot of games to come.” 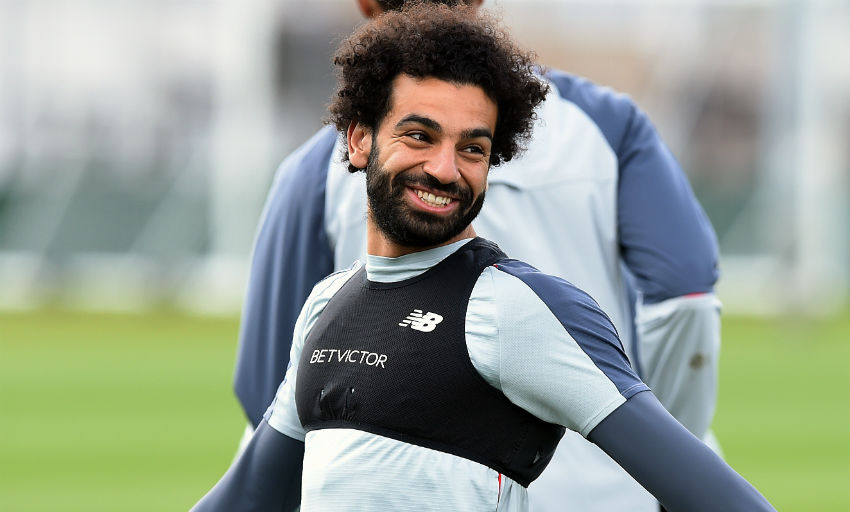 “Then you are not 100 per cent fit when pre-season starts, because - we spoke about that - the shoulder was still a problem in the beginning of the season. But he did everything brilliantly and his career is not over. If he can score this year 20 goals then he scored 60 in the last two - wow, that’s not too bad!

“He’s a threat, he helps us a lot and deals with all the new situations for him really well. Sometimes you need a bit of time to adapt to the new situation, but I don’t think he really needed that.

“Even when you have the situation now when everybody is talking about him, ‘he didn’t score for that many games’ and all that stuff, he doesn’t seem to be bothered about it and I’m not. It’s just that we have to do the right things and if we work together as a unit, things will be fine.

“But we never had a problem, we cannot have - we have 79 points in the moment and you cannot have them with a lot of problems over the year. The thing is that because we had no major problems so far, we speak all about these things - why it’s not like this and why it’s not like that. That’s part of the deal, it’s not really something we speak about in the dressing room. Not at all.”