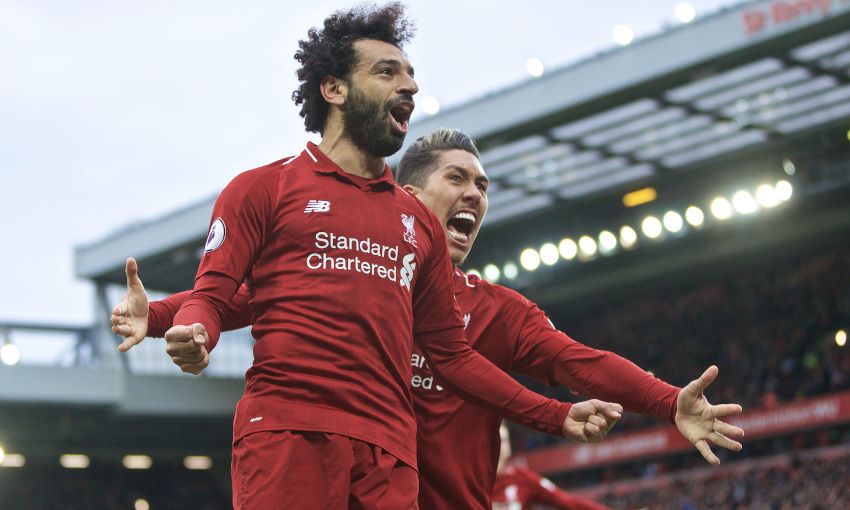 Liverpool secured a dramatic 2-1 victory over Tottenham Hotspur at Anfield on Sunday to return to the top of the Premier League table.

Roberto Firmino headed the Reds into the lead after 16 minutes of play, nodding in from Andy Robertson’s first-rate delivery from the left.

Lucas Moura levelled for Spurs with 20 minutes left on the clock when he swept beyond Alisson Becker after Christian Eriksen had failed to connect with Kieran Trippier’s low cross.

The contest looked to be heading for stalemate until Hugo Lloris pushed Mohamed Salah’s header against the shins of Toby Alderweireld and over the line to give Liverpool what could prove a crucial victory in the race to be crowned champions.

The result takes the Reds two points ahead of Manchester City, though they’ve played a game more than their title rivals.

Liverpool made two changes from the team deployed at Fulham last time out as Jordan Henderson and James Milner returned in place of Fabinho and Adam Lallana. Naby Keita and Xherdan Shaqiri were named on the bench after recovering from injuries.

Liverpool got under way knowing only three points would be enough to restore them to the summit of the Premier League table given City’s better goal difference.

However, Trent Alexander-Arnold was forced to snuff out an early threat from the visitors when Dele Alli threaded a pass through for Moura, needing the Reds defender to produce a last-ditch challenge inside the box.

Spurs had made the more enterprising start to the contest, but with 16 minutes elapsed, the home team opened the scoring with their first attack of note.

Robertson swung in a tantalising cross from the left to pick out the head of the unmarked Firmino, who gleefully glanced it beyond Lloris from eight yards out.

Soon after, Alexander-Arnold arrowed a half-volley narrowly wide of the post from the corner of the box and Sadio Mane clipped one just off target as Liverpool began to seize control.

Alexander-Arnold threatened again when his in-swinging corner from the left clattered against the frame of the goal just before the half-hour mark.

At the other end, Alli flashed a sweetly-struck effort over Alisson’s crossbar and Virgil van Dijk was required to thwart Harry Kane with a challenge when the striker was poised to shoot.

Mane was then left clutching his head in his hands when he took aim with a curler from the edge of the area that evaded the inside of the post by a couple of inches.

Still, the teams returned to the dressing rooms at the interval with Liverpool holding the one-goal advantage after a closely-fought opening half. 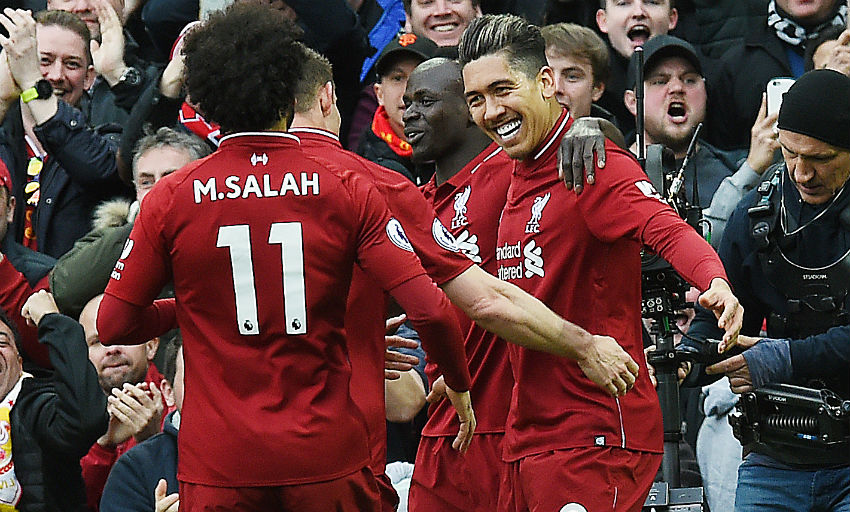 The Reds conjured the first opportunity of the second period when a short-corner routine saw Milner clip towards the back post from the touchline, but Van Dijk could only steer his header over the bar.

But Spurs went close to restoring parity 11 minutes after the re-start after beginning on the front foot. Kane’s strike across goal was parried by Alisson and Robertson needed to block Eriksen’s follow up to prevent the equaliser.

A Liverpool counter-attack led by Salah and Mane resulted in the former having a shot blocked inside the box by Alderweireld.

But with 20 minutes remaining, Tottenham drew level as Moura swept in from Eriksen’s mis-hit effort inside the box after the visitors had sprung an attack from a quickly-taken free-kick.

The Reds needed a response in the final stages and Alexander-Arnold had a curler tipped over by Lloris before Divock Origi and Fabinho entered the action to replace Henderson and Milner.

A corner then caused panic in the Spurs six-yard box, but Firmino couldn’t get the touch required to prod over the line.

With the home team pouring forward, a Tottenham counter saw Moussa Sissoko go clear, but he blazed over the bar.

Nevertheless, in the 90th minute, Liverpool’s moment arrived. Alexander-Arnold hoisted a half-cleared corner back into the area, picking out Salah. His header across goal was fumbled by Lloris, with the ball edging over the line off the shins of Alderweireld to send Anfield into raptures.