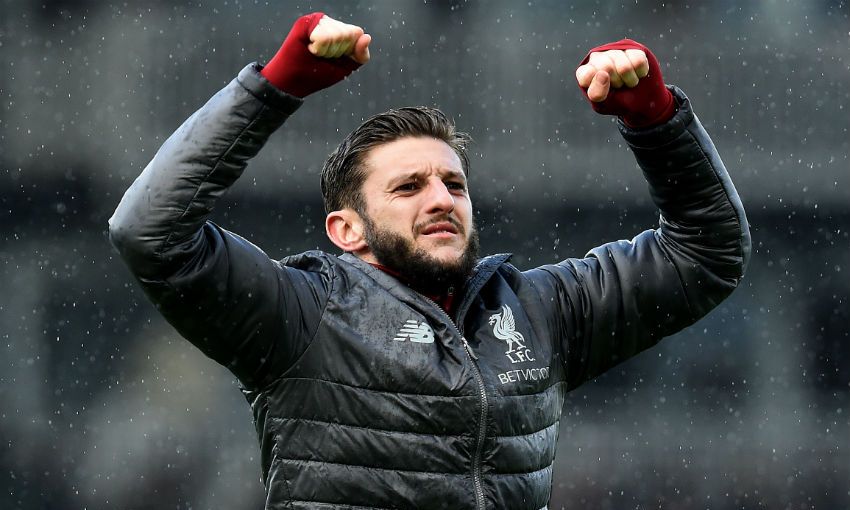 Jürgen Klopp always expected Adam Lallana would return to Liverpool's starting line-up and display the game-changing qualities he is known for.

After a frustrating past 18 months affected by injuries, Lallana's impact in the last two Premier League encounters has been considerable.

The midfielder delivered a Man of the Match performance against Burnley on March 10 before impressing again a week later as the Reds won at Fulham to go top of the table.

Klopp believes the 30-year-old is now finding the form and physical condition that made him such an important figure in seasons gone by.

"When there are setbacks you are like, 'Come on, there will be better times', but the boys have to go through a lot of darker days pretty much alone with their families and friends," the Reds boss said. "You cannot change it. There is no alternative to rehab.

"But a player with the ability and skills of Adam Lallana is a pure joy to watch when the fitness level is increasing and he is back on the pitch.

"It is clicking for him again. His attitude was always incredible, so why should I doubt him? Only the football world outside make a player old too early. I don't think like that."

Klopp added: "Adam is in a wonderful age group and, when he is fit, he is a fantastic player. That is the only thing I was waiting for. You cannot force that.

"You can only appreciate it when he is back and we showed that against Burnley. We had a full week to train for that game and Adam was the standout player in training that week, so go for it.

"Every player has to know that we really watch and judge training. And if possible, we show that we saw it. In that case it was important, not just for Adam but for the rest of the squad as well."