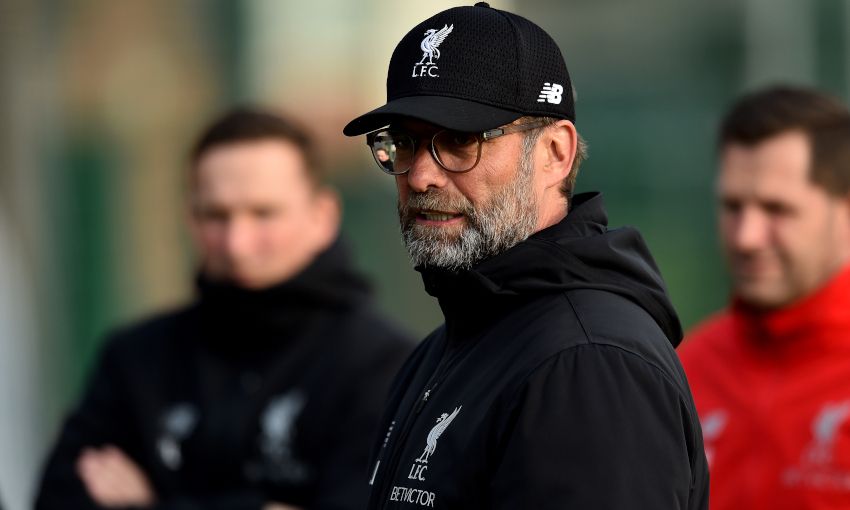 The manner in which Liverpool found a way to win in their three fixtures prior to the international break will be an ability they'll need to call upon again before the end of the season, Jürgen Klopp believes.

The Reds went into the two-week recess on the back of a trio of victories over Burnley, Bayern Munich and Fulham to maintain their Premier League and Champions League charges.

In all three outings, they were required to overcome setbacks within the contest – and that mentality will be needed again in the final weeks of 2018-19, according to Klopp.

He wrote in the official matchday programme for this afternoon’s clash with Tottenham Hotspur: “Today is one of English football’s great fixtures. Liverpool vs Tottenham has produced some of the most thrilling, intense contests in recent seasons and I have no doubt today will be the same.

“We both, of course, come into this game on the back of the international break, so maybe the significance of the preceding fixtures is less as a result. I think the quality of the two line-ups is more significant than any current form.

“From our perspective the week leading into the internationals was great for us and we showed we can use all our tools in these games. Since we last played at Anfield we enjoyed wins in Munich and against Fulham and the results were achieved with us demonstrating a range of qualities.

“It is this ability to win in different ways and in different circumstances that will be so important to continue in the remaining fixtures.

“In both Munich and London we played well and were dominant, yet suffered setbacks within the games and still responded in a positive manner. As we reach the conclusion of a campaign the ability to absorb knocks within games and keep belief in ourselves and find a way will be essential if we are to achieve our goals.”