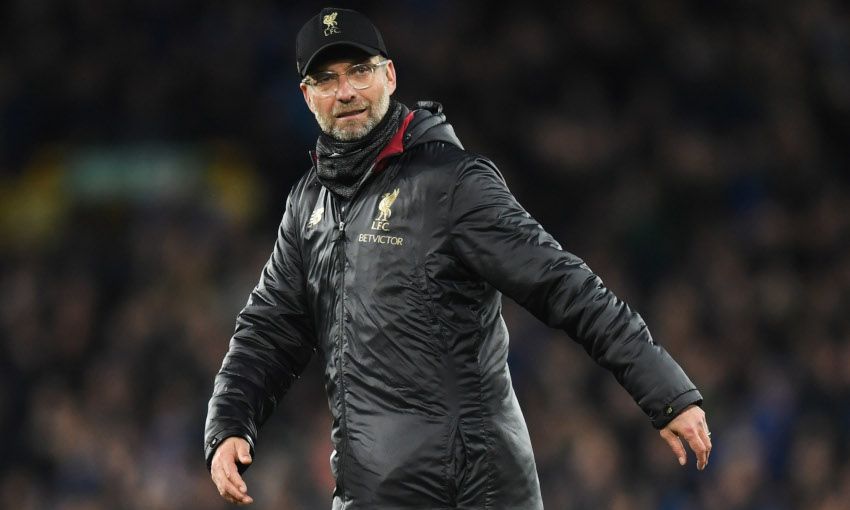 Liverpool will remain positive and not relinquish their ambition of clinching the Premier League title, Jürgen Klopp has vowed.

The Reds’ goalless draw with Everton at Goodison Park on Sunday meant they stayed second in the standings, one point behind new leaders Manchester City, who defeated Bournemouth 1-0 a day earlier.

However, with nine games still left to play before the conclusion of the league season, Klopp insists his side aren’t willing to give up any hopes of a successful finale to the campaign.

He told Liverpoolfc.com after the final whistle at Goodison: “We are positive – how couldn’t we be positive?

“Then you have to finish them off, which we did very often but not [at Everton].

“The dynamic [at the top of the table] changed a little bit – now we are second, they are first.

“The season is not over and we will not give up.”