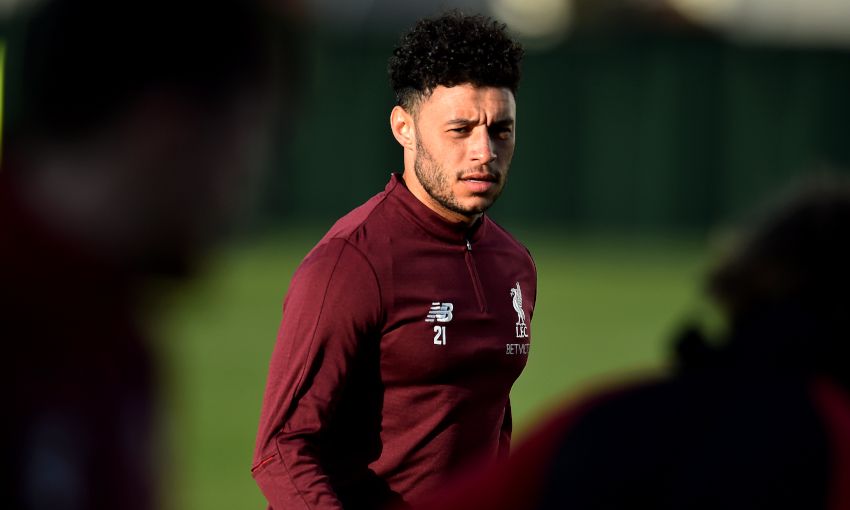 The presence of Alex Oxlade-Chamberlain in first-team training this month has given every player in the Liverpool squad a boost, according to Jordan Henderson.

Oxlade-Chamberlain joined his teammates in several sessions during the camp in Marbella last week and for Monday’s pre-Bayern Munich workout at Melwood.

The midfielder, who has been recovering from multiple ligament damage sustained in the Champions League semi-final with AS Roma last April, will continue to follow a rehabilitation programme with the target of featuring for the Reds before the end of the season.

But it was a special moment for Oxlade-Chamberlain to be back out on the grass – and the sentiment was keenly felt by his teammates too.

“It was obviously a massive moment for everyone but [especially] for him to be back from a bad injury. He has been out for a while now and I’m sure he’s been thinking about that moment for a long time,” Henderson told Liverpoolfc.com.

“It was great to have him back. He is a great character around the lads and he is obviously a fantastic player, so to have him back within the squad was a big plus for us.

“Hopefully over the next few weeks he can keep progressing and build his fitness up. Who knows, hopefully he can get some minutes before the end of the season – that would be a huge boost for the team.”

The captain added: “The manager will be [careful] – he is with players who have been out for a long time, he knows how difficult it is to come back.

“But Ox has looked good in training and I’m sure over the next few weeks, as he builds fitness, the manager will keep a close eye on him because he is an important player, a fantastic player for this team.

“To have him back before the end of the season would be a massive boost.”