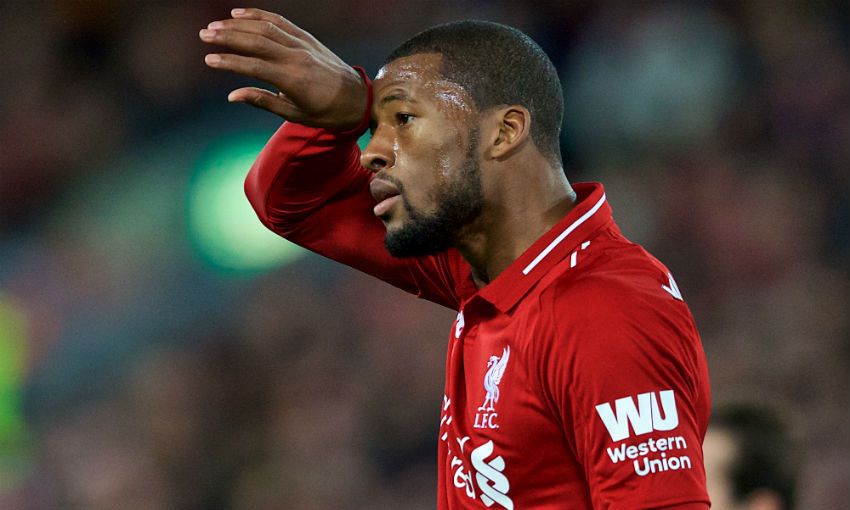 Georginio Wijnaldum acknowledged the blow of a missed opportunity but insisted ‘every point is good’ after Liverpool were held to a 1-1 draw by Leicester City.

The Reds went in to Wednesday’s match at Anfield knowing that a win would extend their lead at the top of the Premier League to seven points.

They were on course to do just that after Sadio Mane slotted in a third-minute opener, but Harry Maguire’s leveller in first-half stoppage time meant the Foxes claimed a share of the spoils.

Nevertheless, Jürgen Klopp’s team’s advantage is now healthier than it was before this round of fixtures - a fact recognised by a disappointed Wijnaldum post-match.

“We could’ve created a gap of seven points. At the end it’s five but of course we are disappointed that we couldn’t make it seven,” the Netherlands midfielder told Liverpoolfc.com.

“I think we had a good start, we scored quick [and] after that we had a lot of possession. We didn’t create a lot of chances after that, but it was good. They had one chance with the header of Maddison, but the second chance was a goal from them.

“I think everyone was thinking about the seven because it was possible and it didn’t happen. Everyone is disappointed, but I think five points is also good. Every point that you can collect is good.”

Liverpool’s bright start to the match dissipated as the first half wore on, with Leicester weathering an early storm before working their way into a game played in freezing conditions.

Wijnaldum couldn’t explain why the hosts struggled to push on after Mane’s strike, but is already thinking about bouncing back with a victory at West Ham United on Monday night.

“It’s difficult to say - we tried everything to push to score a second goal but it didn’t work out, they got better in the first half after 30 minutes and I think that’s why they created the chance with Maddison, but also because we lost a lot of balls trying to play football,” the No.5 said.

“It was difficult on this pitch, but at the end [of the first half] we gave away a free-kick and they scored.

“It’s always tough when you have to play when it just snowed, but it’s two teams that have to deal with it so you can’t complain about it or use it as an excuse.

“We’ll try to collect the three points against West Ham. It’s going to be difficult, but so is every game in the Premier League.”