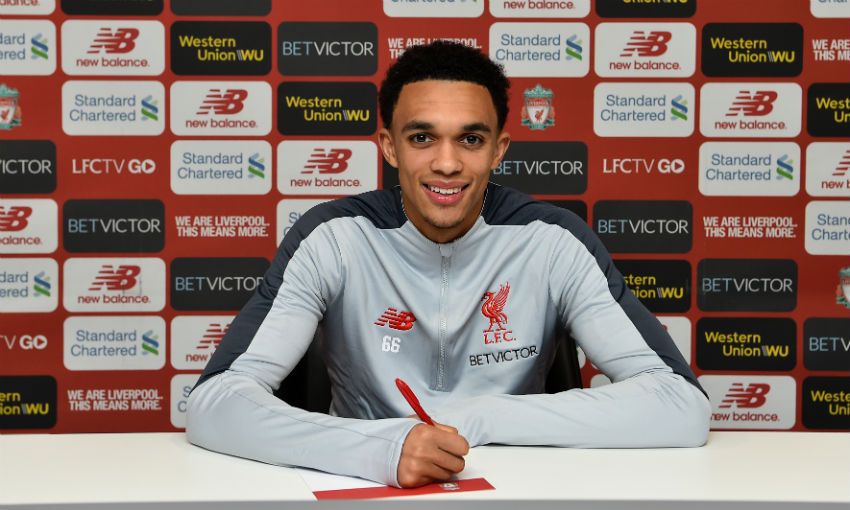 Trent Alexander-Arnold has signed a new long-term contract with Liverpool.

An Academy graduate who joined the Reds at the age of six, Alexander-Arnold committed his future to his boyhood club at Anfield on Saturday.

And the full-back told Liverpoolfc.com of his delight at doing so shortly after putting pen to paper.

“I’m ecstatic and really proud,” Alexander-Arnold said. “I feel privileged to have the support and the trust the club has in me to offer me a new deal.

“There was no doubt in my mind to sign and extend the years I have with the club. Hopefully we can achieve a lot of success in those years.

“As soon as they offered the contract, there was no hesitation whatsoever. The thing that made it easiest for me was having the people around me to make sure I was able to focus on football as much as possible and get the deal done as soon as possible. That is down to my brother especially, my manager, who took that role and allowed me to focus on football and not get distracted, which is the main thing.

“The last 18 months especially have been very special. Hopefully the next 18 months and even further on than that will be even more special.”

The 20-year-old has progressed rapidly since making his senior debut in October 2016.

Having established himself as a regular in Jürgen Klopp’s side he has, to date, made 67 first-team appearances for Liverpool, scoring four times.

Alexander-Arnold has also earned international recognition at senior level and represented England at the 2018 World Cup. He has won five caps so far, and netted his first goal for his country in a 3-0 win over the United States at Wembley last November.

The Scouser, who last signed terms with Liverpool 18 months ago, becomes the latest member of Klopp’s squad to pledge his future to the club.

Get the new white colourway of the official 2018-19 New Balance training range at liverpoolfc.com/store now. 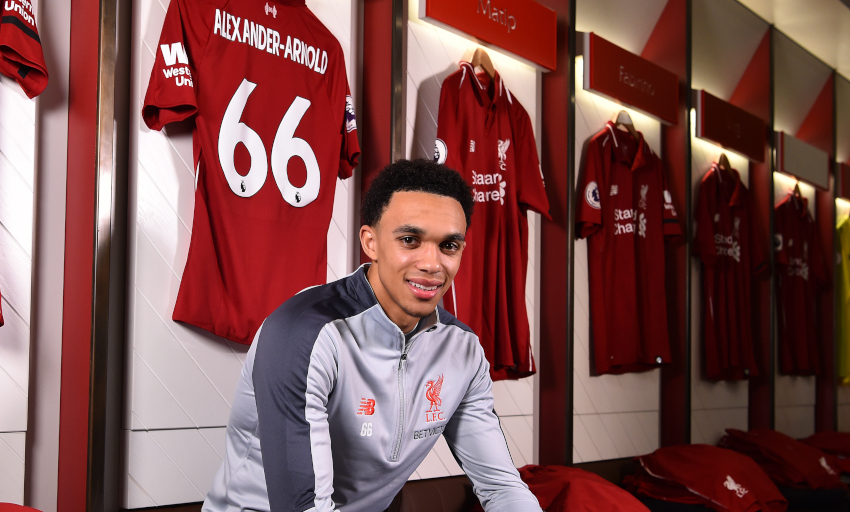