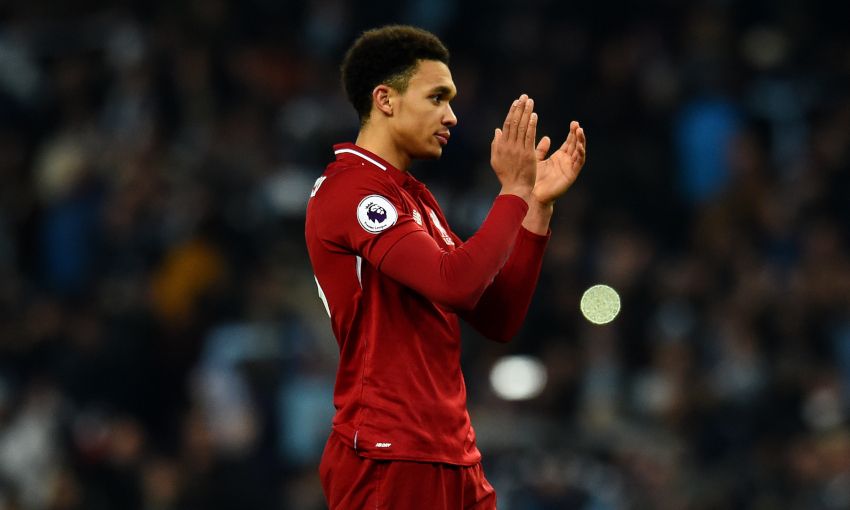 Liverpool will continue to monitor the fitness of Trent Alexander-Arnold and Georginio Wijnaldum, with Jürgen Klopp insisting he will not 'close the door' on them ahead of Saturday's visit of Crystal Palace.

The pair picked up knocks during last weekend’s 1-0 victory at Brighton and Hove Albion, although both managed to complete the 90 minutes at the Amex Stadium.

Speaking at his pre-match press conference at Melwood on Friday, Klopp said: “Gini and Trent, we will decide day by day. It’s of course not cool.

“The exceptional part of that story is that they both played 90 minutes [at Brighton]. The whole world saw what happened to Trent – what a boy, unbelievable. We played the game and afterwards we got the information that he had [an injury].

“Nothing happened during the game, it was all stable and good. It was just what happened before the game; adrenaline is obviously an interesting thing, it gives you the opportunity to do a bit more than you would expect. We will see.

“For both, it will be really, really close for tomorrow. I don’t want to close any doors before anybody tells me I have to.”

Elsewhere, Klopp confirmed Adam Lallana has resumed full training while Dejan Lovren is making progress in his recovery from a hamstring injury.

Joel Matip is fully fit following collarbone surgery, but Joe Gomez still has steps to make in his rehabilitation from a lower leg fracture.

“It’s slightly different for Dejan; he is much better than he was but that’s a muscle thing and needs time,” Klopp continued. “I’m pretty sure he can be involved again against Leicester.

“Adam trained yesterday and the day before yesterday, so he should be in contention. We have to see. I'll wait for the session today, how he reacted to the two – not too tough – sessions, but we did a little bit. We have to see [about] that.

“Joel trained completely normally for around about 10 days, which is good. The others are long-term.”