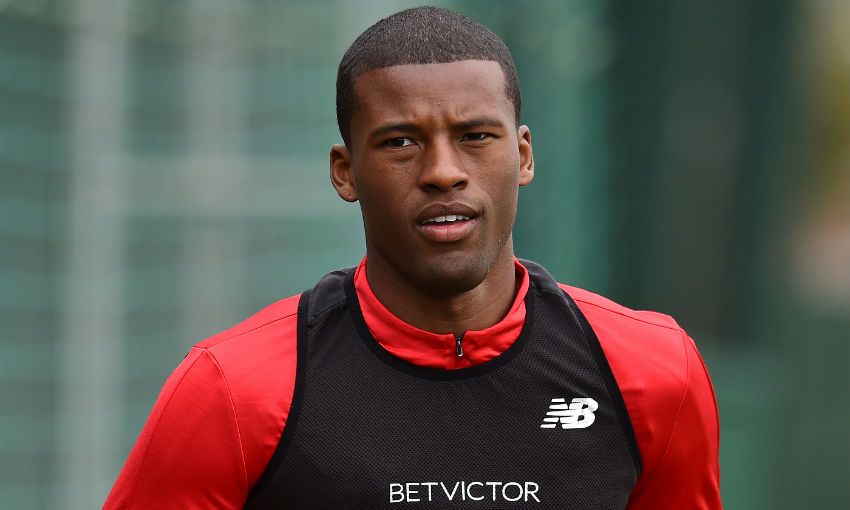 Georginio Wijnaldum and Trent Alexander-Arnold will be given every chance to prove their fitness for Liverpool’s meeting with Crystal Palace.

Jürgen Klopp hopes the duo can shake off knocks sustained during last weekend’s 1-0 victory at Brighton and Hove Albion in time to face Roy Hodgson’s side at Anfield on Saturday, although their availability remains uncertain.

“Gini and Trent, we will decide day by day. It’s of course not cool,” the manager said on Friday.

“For both, it will be really, really close. I don’t want to close any doors before anybody tells me I have to.”

Klopp is more sure about the readiness of Adam Lallana, with the midfielder having returned to training following a minor injury that forced him to miss the Reds’ last two outings, but Dejan Lovren (hamstring) remains sidelined.

“It’s slightly different for Dejan; he is much better than he was but that’s a muscle thing and needs time,” the boss continued. “I’m pretty sure he can be involved again against Leicester.

“Adam trained yesterday and the day before yesterday, so he should be in contention. We have to see. I'll wait for the session today, how he reacted to the two - not too tough - sessions, but we did a little bit. We have to see [about] that.”

Joel Matip is fit after training with the team for the last 10 days, but Joe Gomez - whose condition Klopp described as ‘improving’ - is still recovering from a lower leg fracture.

Hodgson, meanwhile, is set to hand a first start of the season to veteran goalkeeper Julian Speroni as both Vicente Guaita (calf) and Wayne Hennessey (thigh) are out.

“He’s a good goalkeeper so we’re much more fortunate than many clubs to have a goalkeeper of his quality and experience as third choice,” the Palace manager said.

“We’ve got a man who’s played over 400 times for Palace and he’s in very good shape.”

Pape Souare (shoulder) is Palace’s only other absentee.