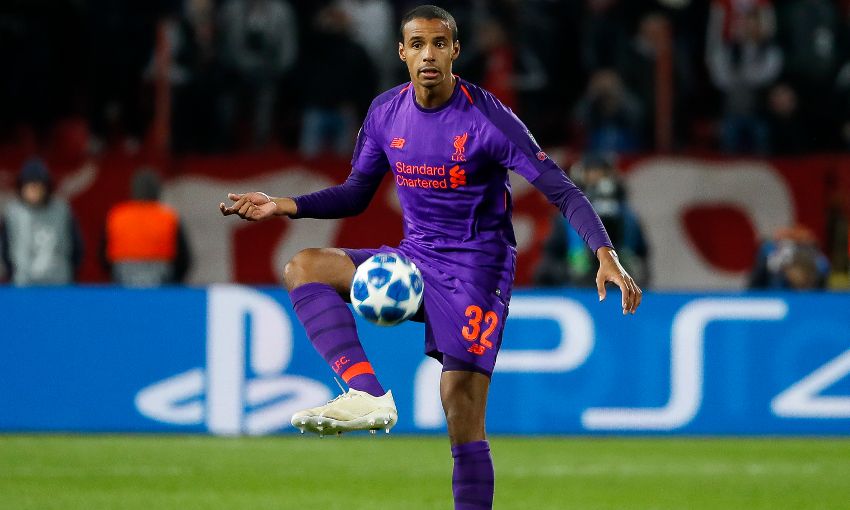 Jürgen Klopp has confirmed Joel Matip and Jordan Henderson will return to training ahead of Liverpool's trip to Brighton and Hove Albion on Saturday.

Matip, who has been ruled out since undergoing surgery on a fractured collarbone sustained against Napoli on December 11, partook in Thursday’s session with his teammates.

Henderson, meanwhile, will participate in Friday’s training workout at Melwood before the Reds depart for the south coast having recovered from a knock picked up at Manchester City earlier this month.

However, the Reds will be without Adam Lallana and Dejan Lovren, while Joe Gomez isn’t yet ready to return as he continues his rehabilitation from a lower leg fracture.

Klopp told his pre-match press conference: “Joel trained yesterday for the first time with the team, which is already really good but we have to see.

“We have to decide it day by day how he is doing, I am not 100 per cent sure. He feels good and that’s good for us, of course.

“Hendo will train today for the first time, we will see what that then means exactly. Adam [is] out, Dejan [is] out and Joe, of course, [is] out.

“All are improving obviously, that’s clear. I don’t know if a few are available and for a few I know they are not available, so that’s the situation.”

Lovren became Liverpool’s latest injury concern when he was required to be replaced after just six minutes of the FA Cup tie at Wolverhampton Wanderers on Monday evening.

Asked how long he was expecting to be without the services of the centre-back, Klopp replied: “I don’t know. It is serious otherwise he would play, but it is not that serious. It is a muscle thing and I would expect him back after maybe Crystal Palace, I am not sure. We have to see.”