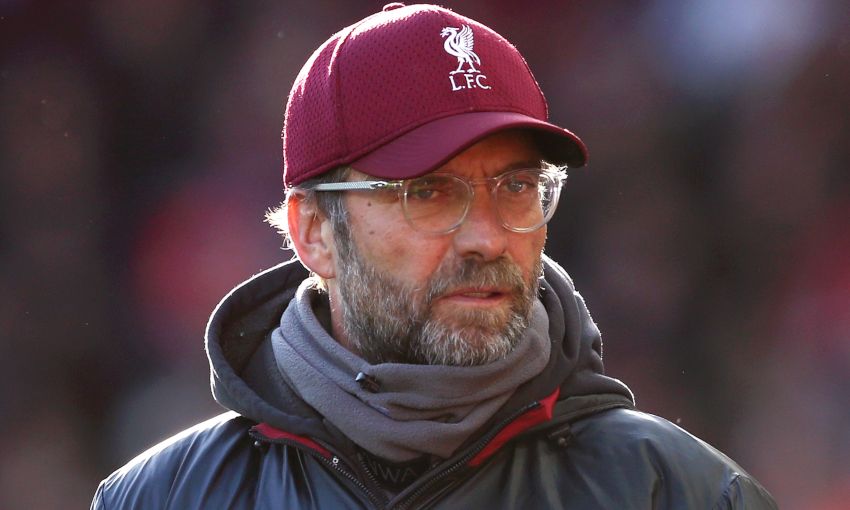 Jürgen Klopp has explained the reasons for his nine changes at Wolverhampton Wanderers tonight, including the enforced absences of Jordan Henderson, Adam Lallana and Virgil van Dijk.

Rafael Camacho and Curtis Jones make their senior debuts in the FA Cup third-round tie at Molineux, with only Dejan Lovren and James Milner remaining from the XI that started at Manchester City last time out.

Henderson, Lallana and Van Dijk are not part of the squad as precautions due to minor injuries, revealed Klopp, who also confirmed Fabinho will start at centre-back.

“I had to make these changes. A few players were really ill and then in the last session yesterday we lost Adam Lallana with a minor thing, but it’s enough not [to be able] to play – and Hendo had something from the Man City game,” he said.

“We had to make a few changes already, it was clear. Virg cannot play; he is at home and hopefully it is nothing, but he has played all the games so far, so we had to try to find a solution for that – and we found it, hopefully, with Fabinho.

“For all the rest, a few guys I want to see and we are able to do that, but of course we have to be sensitive with our situation. We came through a very intense period quite OK. The next intense period is waiting.

“I know people want to win every game and see the same players week in, week out, but somebody has to make the decisions and in that case, I am the man for [doing] that.”

On the chances handed to Camacho and Jones, the boss added: “It’s very exciting for them and for us as well.

“We cannot be successful as a squad if we don’t have high quality in our training. These boys are constantly in our training; I’ve had them in training with us since February last year I think, when the transfer window closed.

“We’ve had these boys with the squad and they’re versatile, can play different positions, and that makes it really interesting. In that age group you grow physically and it’s really cool, and on the other hand side you adapt to the quality of the other players.

“It’s really good, really exciting, but they still have a lot to come. It’s really nice having them around, but now it’s time to show up – it’s a situation where we need them 100 per cent, so let’s try it.”