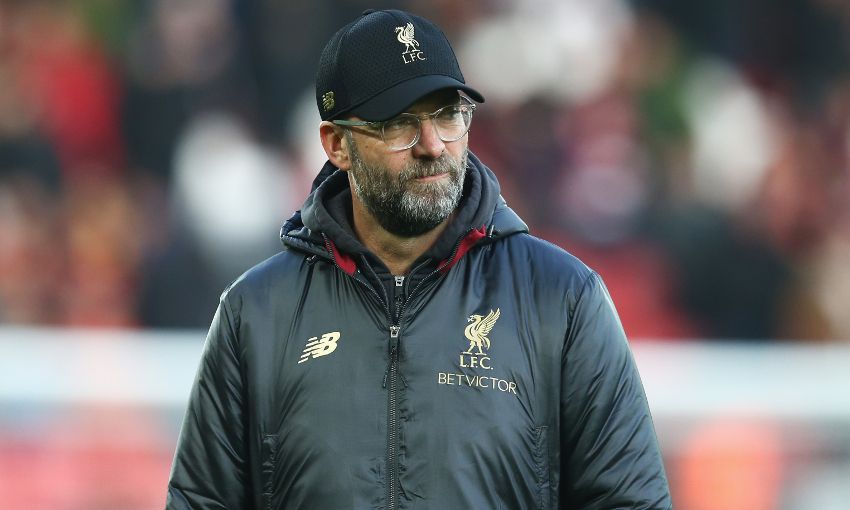 Jürgen Klopp detailed the thinking behind the decision to allow Dominic Solanke and Nathaniel Clyne to leave Liverpool for Bournemouth on Friday.

The pair completed moves to the south-coast club yesterday, with Solanke departing the Reds on a permanent deal and Clyne on loan until the end of the current campaign.

Both players had found playing time difficult to come by so far in 2018-19 – and Klopp has explained why the choice was therefore made with Solanke and Clyne’s interests firmly in mind.

The manager told reporters at Melwood: “They are two different cases, obviously. Football is a business on the one hand side, and on the other side we have to care about people and their situation.

“For Dom, it was absolutely right to go. It was a bit unlucky for him in the moments when there was space for him, when it was easier to come into the team, that he had injuries. In the other moments, the squad was full and we had different options. He trained pretty well but you cannot stay confident over that long a period [without playing], especially not in his age group. He didn’t play a lot for Chelsea and so he needed to play football now.

“Bournemouth made a good offer to be honest, and for him it is a really good opportunity. Could there have been a moment in the next half year when the situation would have changed for him? Maybe, yes. In future we want to sign young players and keep young players here as well, but we don’t want to block them in the moment when maybe we can see something else could be better for them. That’s an important thing.

“With Clyney, it is difficult as a manager having an option like Clyney is good. When I came in, Clyney played, I don’t know exactly, but it felt like each game; he was always fit and could always play. He was a very important part of the squad and helped the team in that time.

“Then he got his injury, a back problem, which nobody knew in the beginning how long it would take. It took quite a while and in that time it changed in the team - Joe [Gomez] was fit, Trent [Alexander-Arnold] came up. Then, having Clyney still in is OK for a manager but for him, he is in an age where he has to play as well.

“He wants to play, that’s clear, so he came and asked if he can go. I thought about it and said then ‘yes, you can’ because we have options, other options, younger boys coming up and all that stuff.

“It is a similar situation. You can always keep a player, but to keep him in the right shape and with the right amount of confidence, that’s not always easy. They have to play more usually than Clyney did in the last two years.

“[That it is also] Bournemouth is more a coincidence than anything else.”